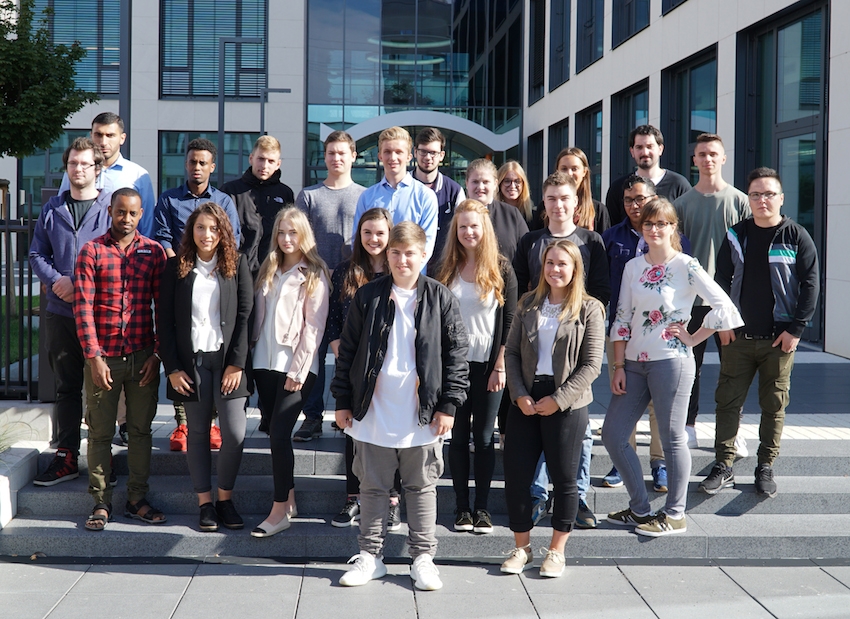 Sep. 8, 2017 – Twenty-three young men and women have started their careers at Lapp Group’s main site in Stuttgart, Germany, for the 2017-2018 apprenticeship year.

Lapp currently offers 10 different training programs, ranging from apprenticeships in industrial administration or warehouse logistics to machine and systems operators and mechatronics technicians. Co-op study programs are another option, such as business services and logistics management or electrical engineering management.

This year, the 23 new apprentices include six refugees from Afghanistan, Eritrea, Kosovo and Somalia. After completing their 12-month entry qualification, they are now starting their apprenticeships as machinery and systems operators and business IT specialists. This is part of Lapp’s participation in the German government’s project to help integrate refugees in the country. In 2018, another six refugees will be given the chance of an apprenticeship at Lapp, said the company.

“As a family business, we take our social responsibility very seriously. We want to give young people good opportunities for the future. A good apprenticeship forms the foundation of this,” said Matthias Lapp, CEO of U.I. Lapp GmbH. “We mainly train people for our own needs, as well-trained and qualified employees help secure the success of our company for the long term.”

The apprenticeship at Lapp begins with an introductory training week, where the new apprentices get their first insight into the company’s structures, processes and characteristics. Then they participate in a joint team-building session with all apprentice year groups at the State Academy for Youth Education in the nearby town of Weil der Stadt.

“We place a great deal of value on apprenticeships here. During their training, the apprentices will pass through virtually every department. There are regular training weeks and team training sessions, alongside countless events and projects in which the apprentices can get involved,” said Anne Voigt, Apprenticeships Supervisor at U.I. Lapp GmbH.

The apprentices and students have the opportunity to spend time working abroad. For four to 12 weeks, they have the choice of either working in one of Lapp’s international subsidiaries or taking part in the EU’s ERASMUS+ programme. Here, they do an internship at a different company and take language classes.

The company says so far, almost 100 per cent of the apprentices have been taken on permanently after their training.