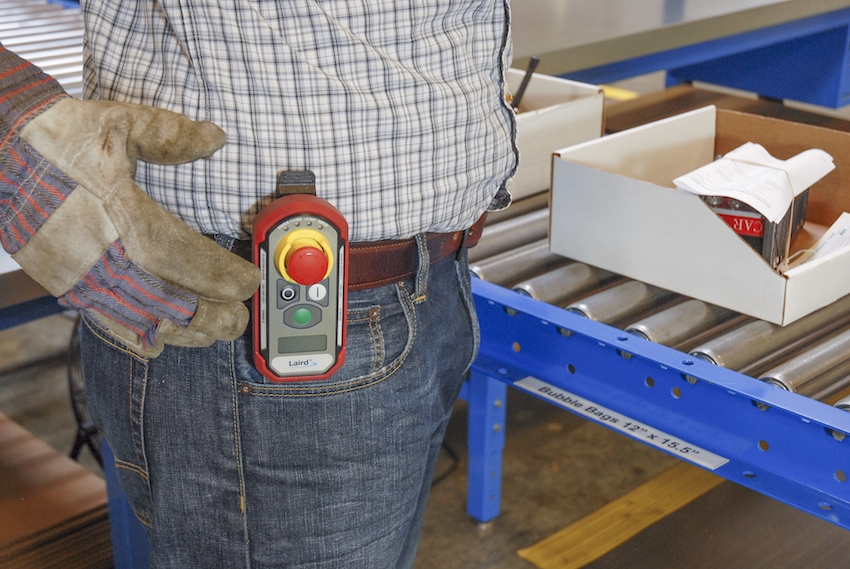 Sep. 22, 2017 – Laird says its wireless emergency-stop (e-stop) system – Safe-E-Stop – enhances on-the-job safety by allowing an individual or group of operators to immediately shutdown a production line without having to run to a hard-wired e-stop station. According to the company, it can be integrated with existing hard-wired emergency stop systems for assembly lines and other production systems.

In some cases, the closest machine-mounted e-stop could be in the same danger zone created by the emergency, and rushing to the next available e-stop can also be a hazard — adding precious time to the emergency response time. The system provides continuous status indicators with LED and LCD displays, and the EtherNet/IP port on the Machine Safety Device (MSD) can be used to report the status of actuated wireless e-stops to operations personnel. Up to five Personal Safety Devices (PSDs) can be simultaneously linked to the MSD, which permits multiple operators to work independently or collaboratively to oversee an operation or solve a problem. If an e-stop on any of the linked PSDs is activated, the MSD commands a stop. All PSDs are immediately notified of the stop condition, the machine is shutdown, and the system identifies the PSD responsible for the stop.