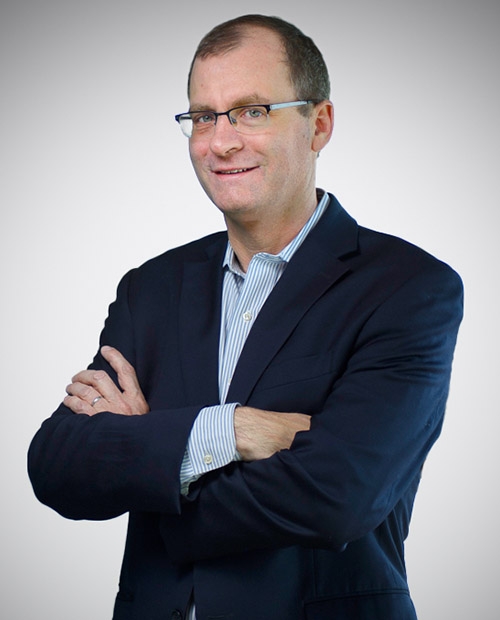 February 4, 2019 – We speak to David Mindell, CEO of Humatics, about the value of microlocation for manufacturers. Mindell launched his company three years ago and brought Humatics’ suite of robot positioning technologies to market in September 2018.

Why should manufacturers care about microlocation?
Markets change, demand changes, parts change, orders change, technology changes, and every manufacturer we talk to is under enormous pressure to adapt more quickly. [Positioning on] the assembly line of today is really still based on 19th-century railroad technology, and some kind of 1970s magnetic 8-track tape technology has been added. We see Industry 4.0 as being a pressure toward flexible, programmable manufacturing in a whole number of industries. If you want to have things moving around and changing their positions, that’s a lot easier if you have a way of measuring what their positions are. There’s a few technologies people use for that today but they’re fairly brittle, often don’t work that well in a tough environment like manufacturing, and none of them work indoors.

What made you realize there was a need for this technology in factories?
I started my career in undersea robotics, and I worked on shipwrecks in the deep ocean, building robots in the ’80s and throughout the ’90s. One of the things we found was that having precise positioning opened a whole new world for what a robot was capable of doing. I built high-precision positioning systems using sound ranging (sonar) for 15 years and licensed them off to industry and the navy for different applications. I always wanted to do that same job with radar and radio-based methods in air, because the ocean is a pretty niche market for some of this stuff. I always felt if you could do centimetre- and millimetre-accurate positioning using radio waves, then you could work in cities, work in factories, work in warehouses and distribution centres – all the places that human beings actually live and work.

About five years ago, the technology itself became ready, because the cost of some of the radio frequency stuff was coming down. I was able to find the right partners to partner with, and also the world has a lot more robots moving around than we ever did before. So there is a real need to keep track of them and let them know where they are. There are real cost pressures on those robots. They can’t all be million-dollar research robots with expensive lasers on them anymore. They have to be inexpensive, reliable and robust.

What makes microlocation different from traditional GPS technology?
GPS is a radio-based rechnology too, but it’s based on the satellites that are orbiting the earth. They send out signals that your phone listens to and multilaterates, or triangulates, into an XYZ position. The problem that GPS has is its only accurate to tens of metres, it doesn’t work well in cities, it doesn’t work indoors at all and it doesn’t work underground.

Our system is based on some very similar principles. We put things up over your head and measure the time for a radio signal to travel through them. Instead of satellites, we have very small, inexpensive beacons that go in the ceiling almost like lighting. They enable you to have signals indoors, or underground, or in cities. Whereas GPS is accurate to the size of a city block, our system is accurate to the size of a golf ball or smaller.

There’s all of these “smart” things rolling out with the IoT and whatnot, but no one knows where anything is. Think of what we’ll be capable of doing when we know where things are. We’re starting in industrial automation because we feel like that’s the most immediate need. The customers are telling us that they want it yesterday. And it unlocks an incredible amount of value as far as in knowing where the AGVs (autonomous guided vehicles) are and telling them where other infrastructure is. 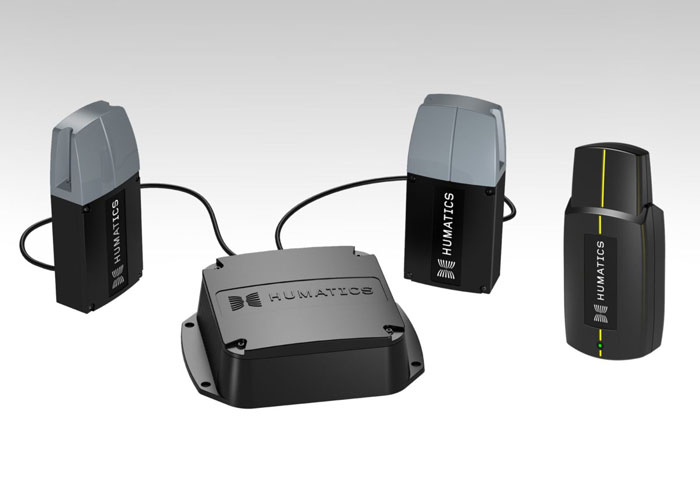 How can microlocation enhance a robot’s performance on the plant floor?
Many of the mobile robot providers use certain types of systems like LiDAR to navigate today, [but] there are limitations to those systems. We don’t expect to replace their existing systems, but we augment them and expand their capability quite a bit. It’s been an easy sell for most of those providers because they see the value of having absolute reference positions. All of our customers who are manufacturers don’t just have factories – they have campuses. Right now, no mobile robot you can buy could go from inside the factory out into the outdoor environment and back into another factory with any kind of precision. We enable that full-campus robotics.

What’s on the horizon for microlocation in industrial automation?
We see it going into ever more broad distribution; we see it going toward higher precision. We’re actually actively working on piloting systems that are accurate to the millimetre, which is really the key to enabling mobile robots to merge with robot arms. We see microlocation as being the key element of true mobile robot manipulation, which is really not done today because of the lack of positioning technology. We expect that we’ll begin understanding where people are. A lot of the robots in warehousing and distribution, even if they can find their own ways around limited environments, they don’t really know where the people are around them. [The goal] is to really enable truly flexible manufacturing where the people and robots are performing in a beautiful concert or ballet together.

This article was originally published in the Winter 2018-19 edition of Manufacturing AUTOMATION‘s quarterly e-book Robotics Insider.