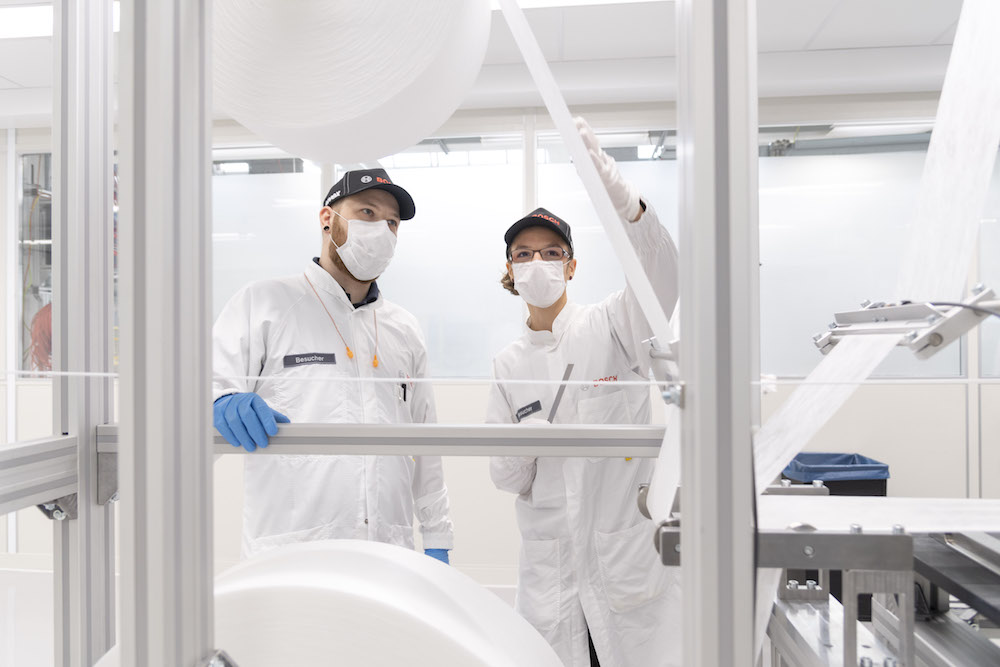 Bosch has launched an automated production line for face masks at one of its plants in Germany, the first in a series of production lines the company is dedicating to producing the medical gear for its workers.

The company plans to ramp up production at its Stuttgart-Feuerbach plant through the end of June, eventually producing over 500,000 masks daily on five production lines at four of its global locations.

Two lines are planned at Stuttgart-Feuerbach, which serves as the company’s flagship Industry 4.0 plant, and the others will be installed in Naganathapura, India, Juárez, Mexico and at the Rexroth plant in Erbach, Germany.

The lines were designed by Bosch’s special-purpose machinery unit over the course of a few weeks.

Bosch is manufacturing surgical mask types I and II, which comply with the European DIN EN 14683 standard, and will use them mainly to protect its roughly 400,000 associates worldwide. The company plans to make any excess capacity available to third parties, provided there is demand and that the masks satisfy country-specific standards.

The design plans are available to interested companies free of charge, and Bosch has already received inquiries from over 30 companies regarding the designs of the special production line.