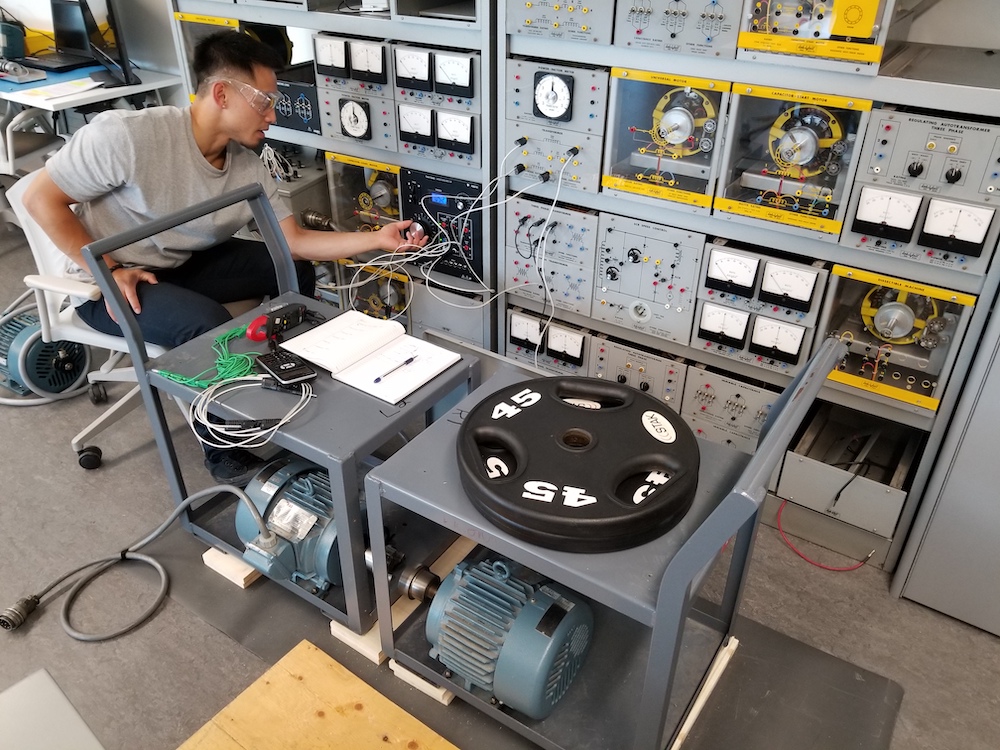 When Enertics, a solutions provider for online monitoring and diagnostics of electrical assets, needed a testbed to evaluate their motor health monitoring system, they tapped into the resources available at an Ontario college.

The Milton, Ont.–based company worked with a team of educators and students at Mohawk College’s Energy & Power Innovation Centre (EPIC) to replicate common electrical and mechanical motor fault conditions in a controlled setting so that they could measure the response from the IoT sensors in Enertics’ LVMM 100 system.

EPIC, part of Mohawk’s campus in Hamilton, helps Canadian companies solve operational challenges in energy and resource management. Also located within the centre is the Energy & Power Technology Access Centre (TAC), which can be used by the manufacturing and agri-food sectors to de-risk and reduce costs in the implementation of new energy technologies.

Mariano Arriaga, general manager of EPIC, says the centre is a good way for manufacturers to test or research new solutions in a safe environment that won’t affect their overall operations.

Enertics has designed a product that helps companies implement automated continuous monitoring and predictive analytics for their electric motors, so that when anomalies are detected, they can be dealt with before they become major electrical or mechanical faults. This technology can extend the life of a motor and avoid unexpected downtime due to breakdowns.

The company’s LVMM 100 Motor Health Monitor Sensor Gateway uses sensors connected to the Internet. These sensors understand motor performance parameters, collect data and then feed it into a secure system, where it runs against Enertics’s predictive maintenance algorithms. The results then pop up in a user-friendly dashboard.

EPIC, with funding from the Ontario Centres of Excellence, completed the third-party testing and validation using a simulated test environment with two electric motors to study sensor data over time.

Using the LVMM 100 vibration sensors, the unit was also able to detect electrical faults associated with voltage issues, such as phase unbalance and first-phase voltage loss. It also provided accurate motor RPM and mechanical loading without needing any other external gauges.

Testing the tech on a larger scale

Once they’d completed the simulations, the team moved the testing to an actual industrial setting set up inside EPIC.

When they tested the end-to-end functionality using two 25-horsepower industrial-sized motors in Mohawk’s HVAC air handling system, they found that the system detected and verified the ambient structural vibrations that may adversely impact performance over the life of the motor.

By moving the testing to the industrial setting, the research team was able to identify and fix issues in the way the gateway was acquiring data through the cloud and communicating it with the Enertics system.

EPIC, which is part of Mohawk College’s IDEAWORKS research and innovation hub, also gives manufacturers access to the school’s Sensor Systems and Internet of Things (IoT) Lab and the Additive Manufacturing Innovation Centre (AMIC) for further testing and simulation of technologies.