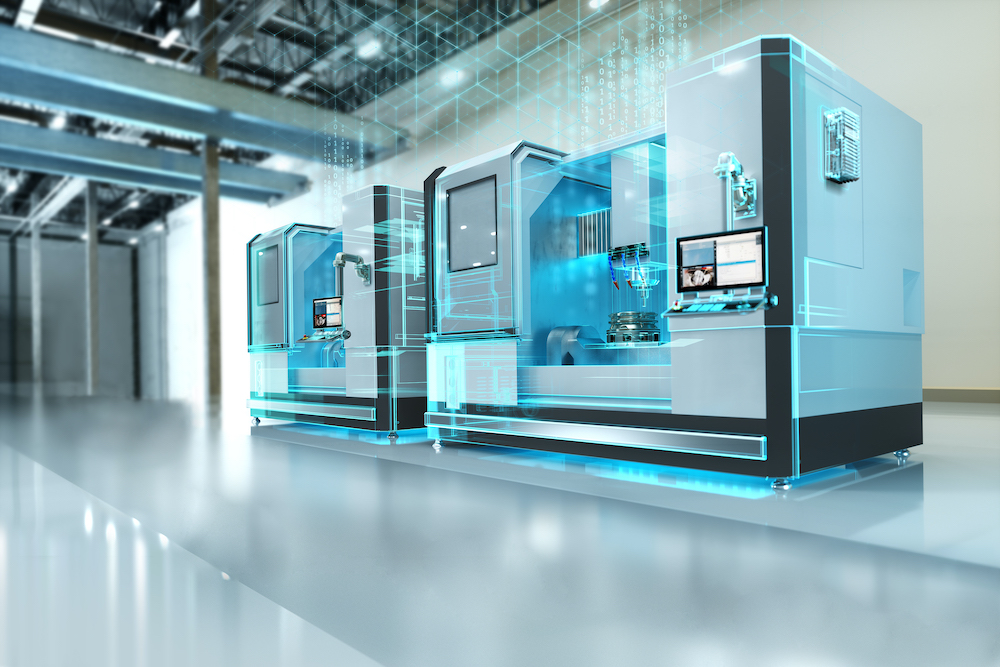 In the drive toward digital transformation in manufacturing, industrial controllers are at the centre of the push away from legacy systems and the pull toward the benefits of new technology. Controllers are continually evolving; the latest trends reflect standardization, IoT capabilities and the strategic use of edge computing.

“PLCs today are used in such a variety of automation applications from automating processes, just simple machine functions and even entire production lines. When it comes to programming, all the programming languages now are standardized,” says Andrew Cortese, product manager, factory automation at Siemens Canada.

Standardization provides future-proofing so that controllers can accommodate a wide range of new functionality.

“Standardization of connectivity is one focus,” says Roger Hart, R&D engineering manager at Siemens. “Several standards have become more mature in the past few years. For example, OPC UA and MTConnect offer enhanced capabilities including support for robotics and additive manufacturing. The controllers, both PLC and CNC, offer a broader set of data at higher frequencies, especially through edge computing devices.”

Doug Browne, technology development engineering manager at Omron Automation, relates the evolution of controllers to computers. “All computers are powerful enough nowadays that they can run the latest operating system, and I think you’re seeing a similar trend in the world of PLCs.

“There is a harmonization and a homogenization from where the features that you’re seeing in the highest end of PLC, PAC, MAC – whatever you want to call it – are the same feature set that you’re seeing on the lowest-level entry unit,” explains Browne He says some examples of when users would need an upgraded CPU or higher-performance PLC is if they have a lot of motion axes, or if they’re mixing features like pushing data to the cloud, performing safety functions, and AI.

“One misconception or something that maybe people don’t consider is the impact of this data collection on the performance of the machine controller,” says Gremillion.

A key determining factor in controller selection is performance. “I think the only thing you really need to look at these days when selecting a PLC is maybe the size of the performance aspect of it – if you’re planning on expanding it a lot in the future for different applications and more inputs and outputs and technology modules,” says Cortese.

Carrie Lee, product manager, controllers, at Omron Automation, says higher-performance PLCs lead to better results. “What people don’t realize is when you have fast processor speeds, it allows you to have better quality data. People think, ‘Oh, it’s impossible. I can’t get time series data out of a PLC.’ Not only can you, it’s there. You don’t have to do any extra work. Same thing with connecting your PLC directly to a database. That’s something that we have the capability to do.”

The ability to capture, analyze and share data is the promise of digital transformation and the Internet of Things. However, proper implementation requires strategic planning about what data needs to be collected, where and how it will be stored and shared, and, of course, security.

“One misconception or something that maybe people don’t consider is the impact of this data collection on the performance of the machine controller,” says Gus Gremillion, partner manager, Siemens Industry Inc.

“We’ve had customers who are trying to get some process data off of a machine that has 24 axes. And so when you’re trying to sample that much data a few times a second using something like OPC UA, it’ll actually degrade the performance of the machine tool,” explains Gremillion. “If you’re needing to get data every five or 10 seconds or 30 seconds, OPC UA could be just fine. But if we’re starting to look at this high-frequency data, where we’re wanting to be getting things like motor currents a few times a second or potentially hundreds of times per second, OPC UA is probably not going to be able to do that.”

He says that the capability to capture high-frequency data and summarize or condense it before sending it over a network is an example of why edge devices are coming into their own.

Computing at the edge

Sensor data is also easing operation – for instance, plant operators can use vision capabilities for training and error detection.

“An area advancing rapidly is vision combined with artificial intelligence. Machine learning algorithms can be trained to classify characteristics from captured images,” says Hart. “These trained models can be subsequently used in real time for process automation. Edged computing or dedicated PLC hardware acceleration modules are ideal platforms for hosting these algorithms.”

Hart explains that with machine learning, you can train using vision for applications such as tool-wear detection or proper part setup. “With the edge devices, it allows us to offload that AI or vision-type computing from the CNC controller or PLC and do that in the edge device,” adds Gremillion.

Edge controllers are also evolving to provide operations with high performance and security. “Vendors like us who have these systems of controllers are putting more processing power closer to the asset to ensure the processing of controllers is always available so that edge controllers will also incorporate the latest cybersecurity protections,” says Srikumar Srinivasan, vice-president and general manager at Honeywell Process Measurements and Controls.

“So with specific protocols like MQTT, AMQP and other IoT protocols, these edge controllers will serve as data collectors and concentrators, but they can also do some controls and analytics right in the process of the equipment itself.”

The ability of edge controllers to do processing is reducing the bandwidth requirements of sending all the raw data to the cloud.

“All the processing is done with the edge controller itself because they made it more powerful and now it’s not just data going to the cloud – but the data is converted to good analytical information and only limited information goes to the cloud; hence, bandwidth requirements are less,” Srinivasan says. “That’s basically why edge controllers are really becoming a big-time move now.”

This article appears in the May 2021 issue of Manufacturing AUTOMATION.