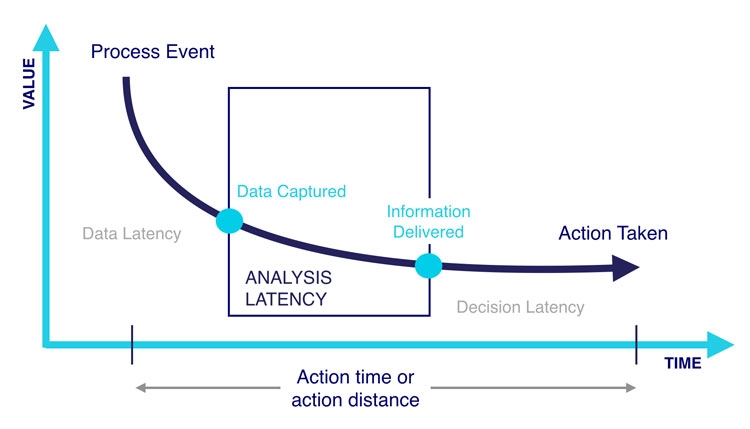 September 24, 2018 – At times it seems hard to believe we’re already in the second decade of the 21st century, but what is even harder to believe is that the majority of manufacturers are still only using technology that is at least 30 years old. Many of these systems work wonderfully for what they are meant to do – collect and store data and monitor processes. However, these systems alone cannot help industrial companies meet the challenges of today’s global market.

Although there are several reasons for this situation, the perception that change is too difficult and expensive is the leading cause for companies to remain hesitant to take advantage of the new opportunities promised by the Industrial Internet of Things (IIoT). A recent LNS Research survey of over 400 manufacturing executives showed the vast majority of companies do not have plans to invest in IIoT technology in the near future. When we consider how expensive many of the existing systems are, it’s understandable why industrial companies are reluctant to invest in new technology.

Unfortunately, these executives are often looking at old technologies that have been tweaked to try to take advantage of IIoT opportunities and that may require removing their current systems. The good news is there are very affordable technologies developed specifically for the internet age that work with existing systems to help manufacturers gain deep insight into process behaviour that translates into fast ROI.

SCADA information is more valuable than ever
SCADA systems were originally designed to collect data and monitor processes. Since they generate such enormous amounts of data, historians were added to store this data. Initially, historians were used to fulfill regulatory requirements, such as generating reports for government agencies. Leading industrial companies recognized the data hidden in their historians could provide valuable information on plant processes and production, but accessing and using the data could be very difficult because historians weren’t designed for “read” purposes or a two-way transfer of information.

Manufacturing execution systems (MES) were introduced in the early 1990s in an attempt to bridge the gap between plant-floor SCADA systems and enterprise ERP software. They also promised to provide analytics, such as KPI data, to improve plant-floor operations. While MES has been able to provide more advanced capabilities than SCADA systems, they are expensive and often require extensive engineering to be implemented. Moreover, they were developed for a different business era in which systems were still largely siloed and internet optimization was largely an afterthought.

21st-century technology has arrived
When we consider the amount of time and money industrial companies have spent on traditional software, we can understand the reluctance of some manufacturers to enhance their systems. They are still trapped in the fear that any new solution will be expensive as well as require extensive engineering and training for employees. In addition, they are apprehensive about becoming locked into a cycle of difficult and expensive upgrades, patches and limited scalability.

To really take advantage of the IIoT, companies need next-generation solutions that were developed for that purpose. These solutions are able to offer users the best of new technologies, particularly in terms of ease of use and affordability.

Google for industry
As mentioned earlier, while historians hold a wealth of valuable data for improving operations, accessing that data and turning it into actionable information has been time consuming and difficult. Many applications were based on data modelling, which required extensive engineering and data scientists. As a result, only mission-critical applications were targeted, leaving vast areas of improvement opportunities hidden.

In 2008, engineers from Covestro (then known as Bayer MaterialScience) knew there had to be a better way to leverage time-series data. They worked with different types of analytics models and identified their limitations for scaling-up beyond pilot projects. Eventually, they were able to use their deep knowledge of process operations to create “pattern search-based discovery and predictive-style process analytics” developed for the average user. The unique multi-dimensional search capabilities of this platform enable users to find precise information quickly and easily, without expensive modelling projects and data scientists.

A simple example of how this works is the song title–recognition app Shazam. While the technology used by Shazam is different, the concept is similar. Instead of trying to map every note in a song to its vast database of songs, Shazam uses pattern-recognition software that seeks “high-energy content” or the most unique features of a song, then matches it to similar patterns in its database. This is a very simple explanation of a complex process, but the important thing is that it enables users to quickly find a song title with a very high rate of accuracy.

Naturally, industry demands more sophisticated algorithms that are capable of going beyond mere search. Often called Google for Industry, this software works by connecting to existing historian databases, then implementing a column store database layer for an index. This software makes it easy to find, filter, overlay and compare interesting time periods to search through batches or continuous processes (Figure 1).

Moreover, this next-generation solution enables users to search for particular operating regimes, process drifts, operator actions, process instabilities or oscillations. By combining these advanced search patterns, users unlock the true information they need. For example, an operator can compare multiple data layers or time periods to discover which sensors are more or less deviating from the baseline, then can make adjustments to improve production efficiency.

Bringing it all together
In addition to easy search, this new technology provides process data contextualization and predictive analytics capabilities. Engineers and operators can provide annotation to give greater insight. The predictive analytics capabilities enable an early warning detection of abnormal and undesirable process events by comparing saved historical patterns with live process data. Moreover, the solution calculates the possible trajectories of the process and predicts process variables and behaviour before it happens. This gives operators the ability to see if recent process changes match the expected process behaviour and to proactively adjust settings when it does not.

A 21st-century business model
This new solution with out-of-the-box predictive process analytics (discovery and predictive) also employs a modern business model: online subscription pricing. In addition to making process analytics affordable to all companies, this setup also frees businesses from having to spend the time and money on adding additional licenses and upgrades. Each time a user logs in, they automatically get the latest version of the software.

Companies now have the option to enhance the value of the investments they have made in high-quality historians. Low-cost predictive analytics solutions that complement their existing historians enable companies to better use the data collected by those historians to provide them with valuable business insights.

With an affordable, plug-and-play solution to uncover new areas for improving operation efficiencies, the question becomes why more businesses aren’t using software that is created for the IIoT generation. The future is here and companies can no longer operate solely using existing systems if they want to stay competitive in this new world.

Bert Baeck is co-founder and CEO of TrendMiner with over 10 years of professional experience within big data/analytics in the manufacturing industry. Previously, he worked as a process optimization engineer for Bayer MaterialScience (now Covestro).

This article originally appeared in the September 2018 issue of Manufacturing AUTOMATION.