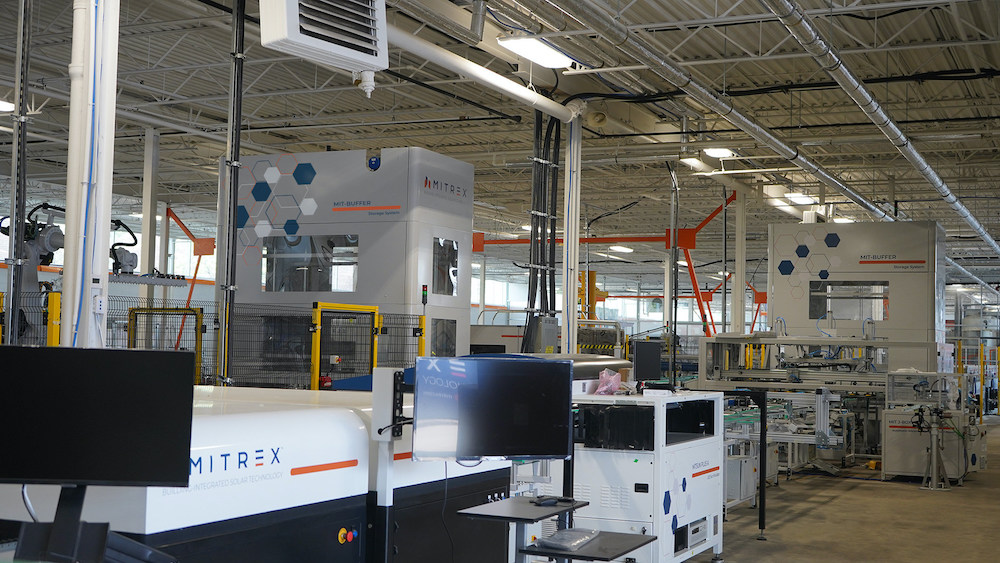 Mitrex has opened a new production facility for its solar technology in Toronto. Photo: CNW Group/Mitrex

Mitrex, a manufacturer of building-integrated photovoltaic technology (BIPV), has opened its new production factory in Toronto.

Now fully operational, the new facility will be the largest building in the world to date incorporating Mitrex’s patented solar solution, including solar cladding, windows and railings.

The facility, which will also act as the company’s head office, will allow Mitrex to localize its production in the Canadian market while ramping up product offerings into other markets including the United States.

The new manufacturing facility, comprised of a uniquely designed 3D outer wall of the company’s cladding technology, spans an area of over 100,000 square feet and has a fully automated production line.

“As the climate crisis continues to deepen, we need to rethink how we invest in integrated solar technology that is cost-effective, malleable and efficient,” says Mitrex CEO Danial Hadizadeh, in a statement.

“With the opening of the new factory, it will allow us to create construction materials that meet the architectural demands of our clients while creating a blueprint for future Mitrex factories across the world.”

The facility will help Mitrex establish itself as a major player in the North American and global markets, with its R&D efforts, manufacturing capabilities, and new supply chain capacity, the company says. This factory structure will then be used in future facilities throughout Canada, the U.S., and globally.

“The new factory equipped with our robust production line will allow Mitrex to produce 25,000 square feet of solar integrated panels such as solar cladding and solar glass for windows and railing per day,” says Hadizadeh.

The factory will allow for 100 per cent of Mitrex products to be made in Canada.