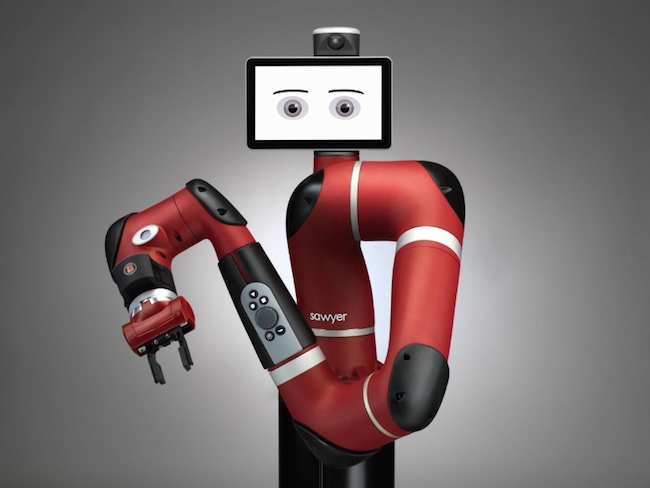 Apr. 7, 2015 – Rethink Robotics has introduced Sawyer, a single-arm, high-performance robot designed to execute machine tending, circuit board testing and other precise tasks that have “historically been impractical to automate with traditional industrial robots,” says the company. Sawyer runs on the Intera software system, the same platform that powers the Baxter robot, which works like humans by adapting to real-world conditions on the plant floor and integrating into existing work cells, noted Rethink Robotics. Sawyer boasts a “face” screen, embedded sensors and train-by-demonstration user interface – while providing the smaller footprint and high precision performance needed for tasks that require significant agility and flexibility. It weighs 19 kg (42 lbs), and features a 4kg (8.8 lb) payload, with 7 degrees of freedom and a 1-meter reach that can maneuver into tight spaces.