Features Opinion
From the editor: A taste of Thailand 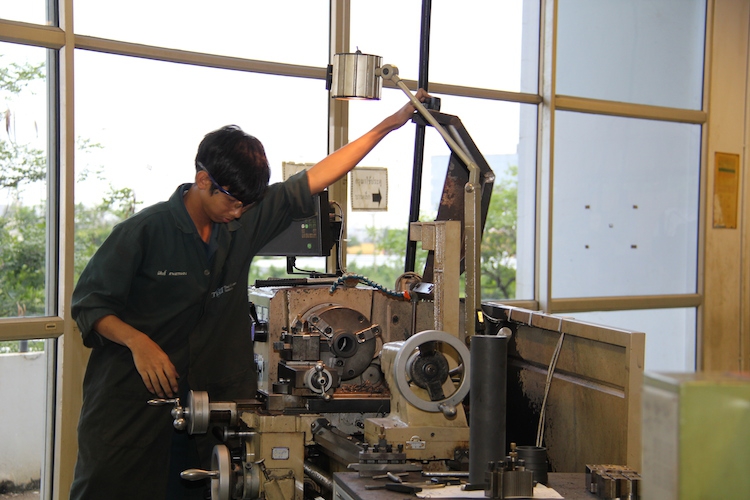 Jun. 18, 2015 – As I write this editorial, I am restlessly sitting on a Boeing 777 from Thailand to Toronto for what feels like an eternity of flying. It will take me about a combined 24 hours of travelling to get home after a hectic four-day press junket in Bangkok. Organized by the Thailand Board of Investment, the press tour brought together five North American journalists (myself included) to visit a handful of manufacturers and institutes in the area. We also attended Intermach and Subcon Thailand, the largest industrial machinery and subcontracting exhibition in the Association of Southeast Asian Nations (ASEAN).

The city of Bangkok was exactly how I imagined it would be — everywhere you looked were small family-owned street restaurants and travelling vendors serving hot bowls of noodles, soup and local grilled meats; bright neon signs that light the sky day and night; while loud, excited pedestrian chatter add to the atmosphere. And it was humid — the week averaged over 38 C!

As the only member of the Canadian media present on the tour, I was granted a rare opportunity to see how companies in this bustling, vibrant country are not only surviving, but thriving.

For a country that is small in scale, its machinery sector packs a mighty punch. In 2014, Thailand exported US$8 billion in machinery and parts, primarily to Indonesia, Japan and the U.S., and was ranked the world’s 16th largest manufacturer, according to ASEAN stats.

The tour at Nissan Motor’s manufacturing plant gave me a backstage look at this burgeoning industry. My colleagues and I saw robots and humans work together in the paint shop, detailed work in the inspection line, and completed vehicles roll off the final assembly line, ready to be tested around a 60,000-m2 test track. Here, 60 per cent of total production is set for export outside the South Asian region.

Hopefully this gives you a taste of my Thailand articles to come. Be sure to check the magazine and website regularly for follow-up stories, photos and videos from my trip!

This column originally appeared in the June 2015 issue of Manufacturing AUTOMATION.