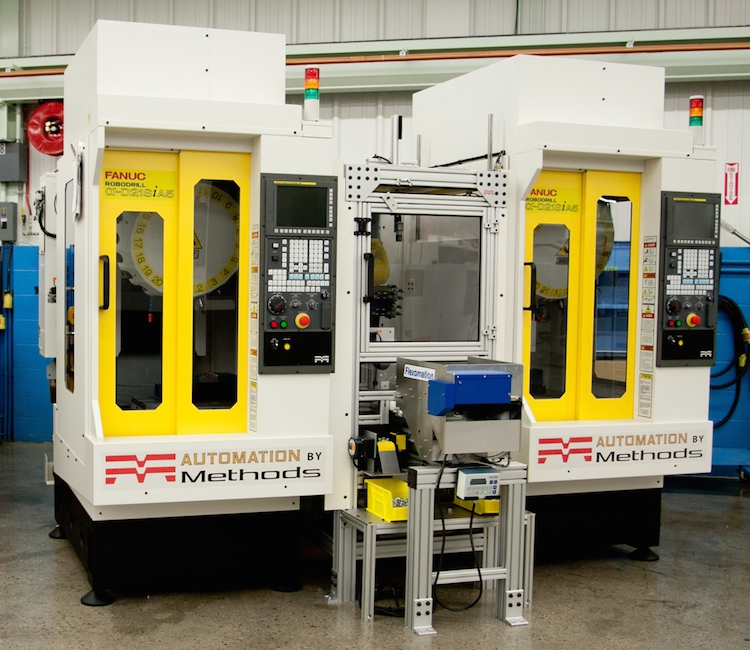 The cell boasts the ability to load and unload multiple parts at one time to amortize typically longer load/unload times compared to parts that are handled one at a time. Traditionally, it might take about seven seconds to load/unload one part, but the Twin RoboDrill JobShop Cell promises to perform the same process in less than one second per part. The company describes the cell as two side-by-side RoboDrill machines with a Fanuc robot entering from the side of each machine to give operators open access to the front of the RoboDrills for tool changes, off-sets and maintenance. The cell also combines Fanuc Robotics’ IR vision system with a flex vibratory in-feed system to bring the parts into the cell. The flex feeder conveys a group of parts into the vision camera’s field-of-view for inspection, selecting “good” parts for directing the robot to load them into the machine.