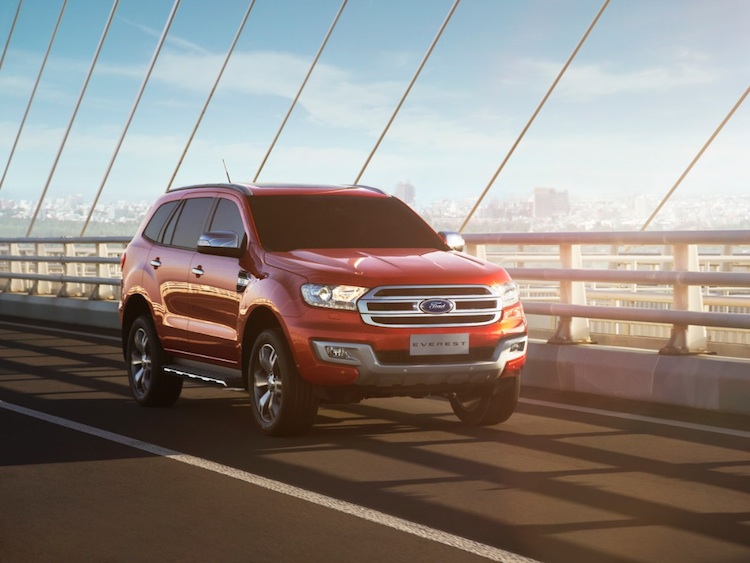 Apr. 7, 2016 – Ford Motor Company is investing approx. US$170 million to expand operations at its Silverton Assembly Plant in Pretoria, South Africa, to produce the new Ford Everest, along with the new Ford Ranger that was launched last year.

According to the automaker, the investment will create 1,200 new jobs at Ford South Africa and within the South African supplier network.

“Our customers love the capability and utility offered by the all-new Ford Everest,” said Jim Farley, Ford executive vice president and president of Europe, Middle East and Africa. “By producing the Everest in South Africa, we will be able to make it more readily available, and in a greater variety of models, for customers throughout Sub-Saharan Africa.

“The investment reaffirms the importance of these markets as part of our growth strategy across the Middle East and Africa,” Farley added. “It further reinforces South Africa’s position as a strategic export base for Ford Motor Company.”

The Silverton facility joins AutoAlliance Thailand in Rayong; Ford’s Chennai plant in India (where it is sold as the Endeavor) and the JMC Xiaolan Plant in Nanchang, China, as production hubs for the Everest. Initial production at Silverton of the Everest will commence in the third quarter of 2016, with the first units expected to come to market in the fourth quarter. South African-produced models will be sold locally and exported to markets across Sub-Saharan Africa.

Part of this investment has been directed towards the production of the new Ranger, which is already running at maximum capacity at the Silverton Assembly Plant, with domestic sales and export demand at an “all-time high,” says the company.

“This crucial investment will enable us to increase volumes and expand the Everest range to eight derivatives across a broader price range. It will allow customers across Sub-Saharan Africa to choose from two powerful engines mated to robust six-speed automatic or manual transmissions for exceptional capability.”

Currently, the all-new Everest is imported from Thailand, using the locally produced 3.2-liter five-cylinder Duratorq TDCi engine. It is only available in South Africa in 3.2 Automatic guise in two specification levels — XLT and the range-topping Limited. With the commencement of local production, a 2.2-litre Duratorq TDCi four-cylinder diesel engine will be added to the range, along with a wider spread of specification levels.

Ford says that in recent years, Africa has emerged as an increasingly important region for the company, with continued investment and growth.