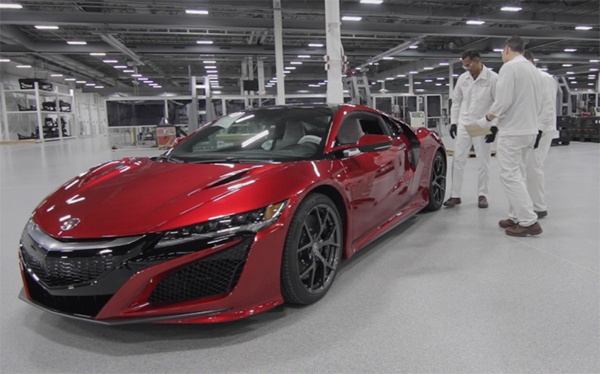 Apr. 18, 2016 – Clement D’Souza, who led the creation of the new Performance Manufacturing Center in Marysville, Ohio, the exclusive global production facility for the 2017 Acura NSX supercar, is the latest Honda associate featured in the What Makes a Honda is Who Makes a Honda video series.

A mechanical engineer and 26-year veteran at Honda of America Mfg., D’Souza was tapped as the engineering project leader in 2012 to lead the creation of a new manufacturing facility to produce the next generation Acura NSX, which the company says is the only supercar manufactured in America. According to Honda, serial production of the NSX will begin this spring.

D’Souza says he brought his “passion for innovation and his unique blend of engineering talent and commitment to teamwork to the challenge of creating a manufacturing facility that is pioneering new approaches to small-volume, high-performance vehicle manufacturing.”

The Performance Manufacturing Center is home to master technicians who initiated 12 patent-pending technologies and other methods of producing a made-to-order supercar. According to the automaker, the centre utilizes “new approaches” to vehicle construction, painting, assembly and quality confirmation, with the “perfect blend of human craftsmanship and precision automation.”

D’Souza is also a field hockey player who once aspired to play professionally in his native India. He competed as a member of the U.S. team in the 2016 FIH Masters World Cup in Canberra, Australia, March 31 – April 9.

The automaker says its What Makes a Honda is Who Makes a Honda video series focuses on its “commitment to The Power of Dreams,” a global theme that encourages Honda associates to conceive ideas that will create new value for customers and society and show determination to bring those dreams to life. In addition, the series spotlights the varied careers within Honda and the inspiring efforts of Honda associates.