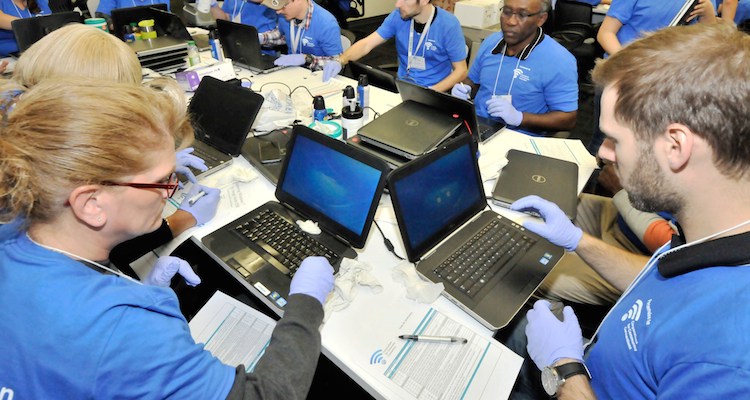 Dec. 7, 2016 – To celebrate the holiday season, Siemens Canada is giving a second life to more than 480 decommissioned computers by donating them to the charity Corporations For Community Connections (CFCC) for refurbishment and then distribution by the Salvation Army to those in need in the greater Montreal area.

Siemens employees and their families, along with charity volunteers joined workshops this past weekend to complete the refurbishment of the computers. The refurbishment process involves removing all data from the hard drives, as well as physical cleaning, installation of licensed software and testing.

The computers will be distributed by the Salvation Army to clients in need in St. Laurent, Parc-Extension and throughout the greater Montreal area, and will assist recipients with education, training, job searches and obtaining community resources.

“These computers will connect those who receive them to the vital resources necessary to improve their lives and it’s an honour to help make this impact possible,” said Stéphane Chayer, vice-president of building technologies for Siemens Canada. “We’re thankful to support the valuable work of the Salvation Army and Corporations for Community Connections, while also reducing our environmental impact by diverting electronic waste from landfills.”

The workshops were led by CFCC, a registered Canadian charity founded by Siemens employees.

“We are grateful to have the opportunity to distribute computers to underprivileged persons. We aim to provide resources for children and vulnerable families in the greater area of Montreal, and most importantly to give them dignity and hope,” said Major Grant Effer, divisional commander of The Salvation Army in Quebec.