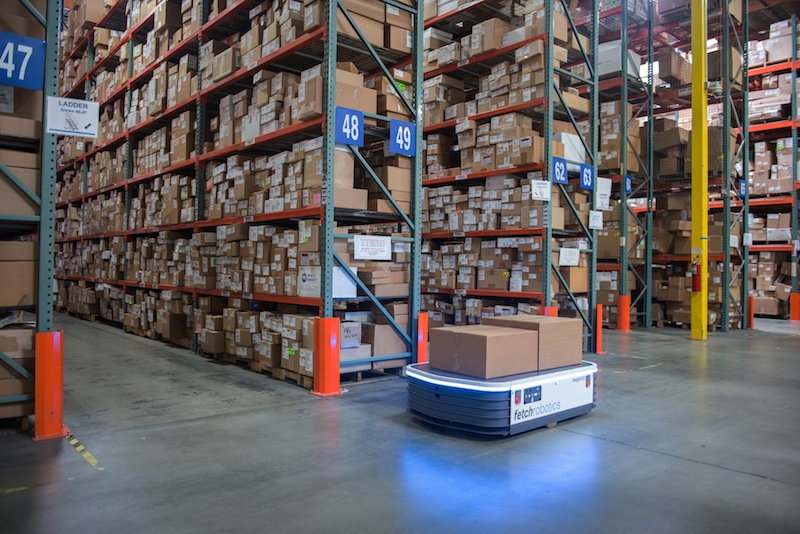 Apr. 6, 2017 – This week at ProMat 2017, Fetch Robotics introduced two new Autonomous Mobile Robots (AMRs) to its fleet — Freight500 and Freight1500 — suitable for commercial and industrial environments to automate the delivery of bulky and heavy loads.

Fetch says its AMRs work alongside warehouse workers “safely and efficiently,” thanks to their sensors and “powerful” onboard computers that help them to understand the operating environment. The company says that the line of Freight AMRs can navigate using a map, allowing them to plan their own paths to travel anywhere they need to go, adding that they are also smart enough to recognize and react to people, cars, forklifts, and other things in the warehouse. Both models boast: an ultra low profile; fast charging battery; up to nine hours of nominal continuous runtime; integrated 3D camera and front and back LiDAR for obstacle avoidance; 360-degree LED strip for adde visibility; front-mounted RGB camera and an available charge dock for autonomous charging. The new robots come armed with Fetchcore, a Cloud-based management software that allows managers to create and schedule workflows by adding stations, preferred routes, speed maps, and keep-out zones.