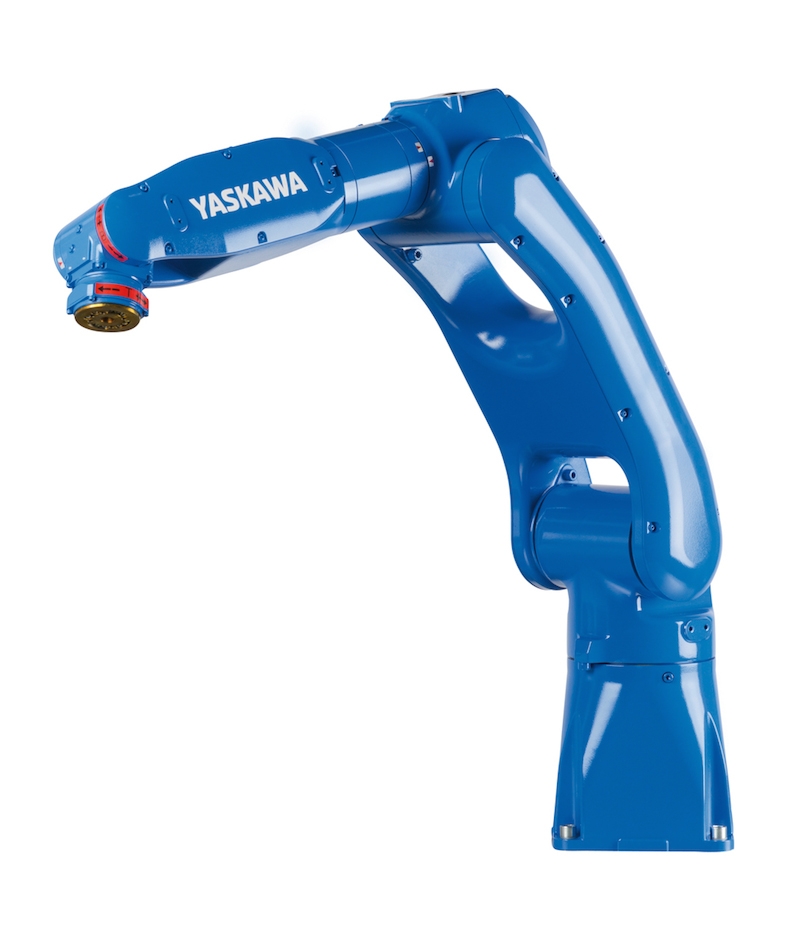 Available now in three models – GP7, GP8 and GP12 – the six-axis robots boast the highest payload, fastest speed and highest wrist allowable moment in its class, according to the robotmaker. The GP7 and GP8 robots are ideal for high-volume assembly, handling and packaging processes. Axis speeds have been increased by up to 39 per cent, says the company, and increased maximum reach allows operation in wider work areas. Both models feature an IP67 washdown rating. The GP7 offers a 7-kg payload capacity, while the GP8 offers an 8-kg payload capacity. The GP12 robot offers a higher 12-kg payload capacity and its axis speeds have been increased up to 15 per cent. It features an IP67-rated wrist and IP54 body (IP65 optional). Yaskawa says all three models feature easy installation and maintenance. A single cable is all that is needed to connect the manipulator to the controller, it explains. As well, the models offer a data-saving feature that permits the robot’s wire harness to be replaced without having to connect it to a battery. The robots are controlled by Yaskawa’s new YRC1000 controller which doesn’t require a transformer for input voltages ranging from 380VAC to 480VAC.