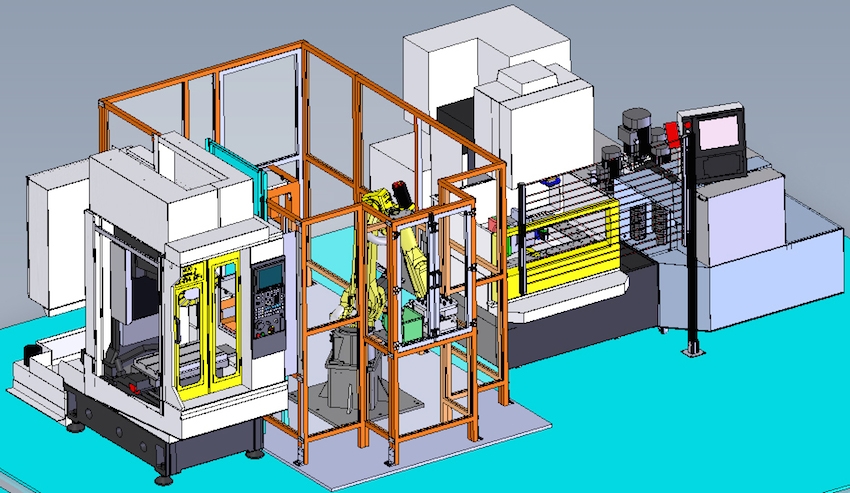 Describing it as “revolutionary” and the “first-of-its-kind,” Methods Machine Tools says the automation cell combines additive manufacturing with robotics and subtractive processes, boasting fast, highly efficient finished 3D part production. The 20-foot cell includes a 3D-printed product in-feeding station which shuttles 3D parts on build plates into a Fanuc C600 EDM machine that makes a cut between the parts and build plates. In the next station, a Fanuc robot snaps the plates from the printed parts and transfers the parts to a Fanuc RoboDrill for a final machining operation. “This automated lights-out manufacturing cell was designed to drastically reduce the total time to complete parts from 3D printing to final post-processing,” says John Lucier, national automation manager. “It can easily quadruple total part throughput while eliminating manual labour.”