At the foot of Nursewood Road in Toronto’s historic Beaches neighbourhood lies a unique art deco-style building, which Canadian author Michael Ondaatje called a “palace of purification” in his novel In the Skin of a Lion. 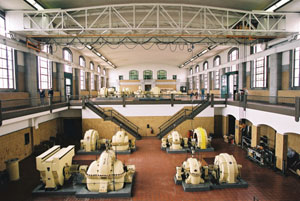 In September, the internal workings of the Harris Filtration plant became as intriguing as its architectural features. Thanks to a new supervisory control and data acquisition (SCADA) system, water treatment and analysis at the Harris plant is, for the first time, fully automated.

The automation overhaul took two years to complete and included Toronto’s three other water treatment facilities: the R.L. Clark, F.J. Horgan and Island plants. But project engineers had to give the Harris plant special attention because it’s a National Historic Civil Engineering site and had specific aesthetic requirements.

Water treatment happens in phases. The phases include screening, which removes small particles from the water; filtration, which removes bacteria and particles; disinfection to kill disease causing organisms; fluoridation to help protect teeth; “ammoniation” to keep the chlorine dissolved; and taste-and-odour control. Another major component of water treatment is quality control. Operators must ensure that the end product meets municipal requirements, and that involves intense analysis at each treatment phase. 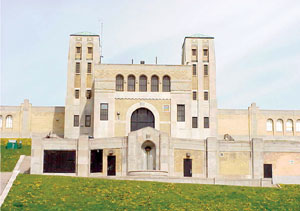 The SCADA system automates everything from pump control to adding chemicals and monitoring water quality. The system is the largest of its kind in Canada, with more than 80,000 input and output (I/O) points-70 percent of which are digital and 30 percent analog. The SCADA system uses more than 400 individual control cabinets that monitor and control the flow, pressure, level, temperature and content of chemicals such as chlorine, sulphur dioxide, ammonia, polymer, fluoride and alum. At the heart of the automated system is a series of GE Fanuc programmable logic controllers that communicate with human-machine-interface (HMI) terminals operating under Intellution software.

Each plant houses seven HMI stations and provides operators with a graphical interface that generates detailed and instantaneous data. Each facility also contains a series of central backup panels that monitor and record data on paperless recorders. The backup panels ensure that important plant functions continue to operate in the event of a power outage or automation breakdown.

Within the Harris plant, project engineers had to ensure that any parts they added to the plant matched its antique appearance and had the approval of a heritage committee. When engineers added control panels to the Harris plant’s filter gallery, for example, they had to use old-fashioned, heritage-type dials made of copper and bronze to maintain the 75-year-old plant’s historic look.

The new automated system eliminates production downtime. Within the Harris plant, an ammonia building automatically pumps ammonia into the water during the treatment process. There are two pumps: one that runs continuously, and one that acts as a standby. The standby pump launches into operation if the main pump fails, allowing operators to fix the main pump without interrupting ammonia delivery. Before the automation, operators were forced to shut off the main pump manually and then open and close a series of valves to cause the second pump to take over.

“The automated system detects the problem, takes it offline and places solutions online within seconds-without impact to the delivery of the water and without having to wait for an investigation into the problem,” says Mike Circelli. P.Eng., program manager, Real-Time Systems (RTS), an Etobicoke, Ont.-based provider of engineered-to-order automation and information systems, and one of the firms involved in the design and integration of the SCADA system. RTS produced a detailed design of the SCADA system for all four plants. The design was based on a preliminary design specification formulated by an engineering consulting firm.

“The systems were upgraded individually and in increments, while the plants were in full operation,” adds Circelli. “Simply shutting down the plants to implement the automation was not an option.”

RTS used Weidmuller’s W-series terminal blocks for the automation project. One reason for the choice was Weidmuller agreed to store the terminal blocks and other panel material at its Markham, Ont., headquarters, making equipment delivery convenient, and allowing RTS to meet project deadlines, says Circelli.

Designing and implementing the SCADA system at the four plants required more than 65,000 man-hours. RTS was also responsible for producing SCADA training manuals and providing in-class training for staff at two of the four facilities.