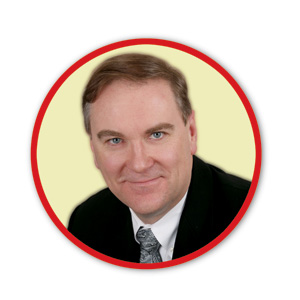 Trevor Jones is the director of OEM business development for Thermo Electron in Burlington, Ont. After graduating from McMaster University with an honours degree in engineering and management in 1981, Jones and close colleagues founded CRS Robotics. In 2002, the company was acquired by Thermo Electron Corporation, a Boston, Mass.-based company that implements automation solutions for the pharmaceutical and biotechnology industries. This year, Jones took on the role of president of Robotics Industries Association (RIA), and has the distinction of being the first Canadian to lead the North American industry group. Manufacturing AUTOMATION visited Jones at his office in Burlington to discuss his plans for the association, and whether the industry can sustain the huge growth it has seen in recent years.

Manufacturing AUTOMATION: How does it feel to be the first Canadian president of RIA?

Trevor Jones: I donÃ­t know whether itÃ­s particularly a landmark. I donÃ­t look at it that way. I just see it like anyone else would taking the position. ItÃ­s an honour.

MA: What will you bring to the association as a Canadian?

TJ: I donÃ­t think itÃ­s so much a nationality thing. I think what it may have more to do with is my involvement in the robotics industry. Our products were typically not sold into automotive applications, and RIA has a strong automotive background. So my influence will probably be less nationalistically oriented, but [will] probably [be] more in terms of looking at new applications for robots other than the traditional automotive [applications]. My background is more in automation for pharmaceutical and biotech drug discovery applications. ItÃ­s just a different perspective.

MA: What is your vision for RIA?

TJ: We want to grow it by really educating other markets and industries of the value of becoming members in the RIA. We have a new program, for instance, called the New Market Incubator Program, where we are encouraging collaboration amongst RIA members to the point where the RIA will fund programs to investigate new marketsÃ– If I saw that our membership grew, and that there was more diversity in the membership in terms of background and in terms of industry, then I would consider [the program] a success.

MA: What is the major need in the industry that RIA can address during your term?

MA: What is the association doing to attract students to careers in robotics?

TJ: We try to encourage academics to become members of the RIA so that they can bring new technologies and new ways of looking at things to the membership. And also the networking obviously helps to locate their students into automation companies that they get exposed to as being members. Twenty years ago, when people would ask the question, “What is preventing the growth of robots, the penetration of robots in the industry?” one of the classic responses was thereÃ­s not much education. I donÃ­t think thatÃ­s an excuse any more. Most Canadian universities, for instance, have automation programs in their engineering departments. Probably the same is true of all major U.S. educational institutionsÃ– The RIA actually has a program where used equipment can get diverted to educational institutions so that hardware becomes available to students.

MA: The North American robotics industry has seen tremendous growth over the past two years, mainly driven by the automotive industry. Can we expect to see this type of growth continue in the future?

TJ: The view forward is cautious optimism. Many indicators of economic activity are still strong, but you canÃ­t discount the stories that you hear all the time about the automotive sector in North America being under attack. The good news is thatÃ­s really nothing new, and obviously the North American automotive [industry is] still investing in their plants to become as up-to-date as possible and as efficient as possible. What theyÃ­re doing is theyÃ­re relying on automation as part of their strategy to remain competitive… I donÃ­t think that the growth rates that weÃ­ve seen are sustainable over the long term, because it was double digit growth. So we think that thereÃ­s a strong year ahead, but I donÃ­t think that those growth rates will be repeated. The one thing that we have to be able to do to promote robot growth even more is make them easier to use, so we can promote their use in smaller companies that donÃ­t have the infrastructure of training and support that the larger manufacturing companies tend to have. Robots have to become more affordable, which is an obvious trend. Over the last 10 years, robot prices have dropped on average five per cent per year. So the robot now costs less than half of what it did 10 years ago for equivalent performance. ThatÃ­s making robots more accessible to smaller businesses that have less access to capital.

MA: What is the biggest trend our readers can look forward to in the robotics market?

TJ: I think that youÃ­ll continue to see robots used in more and more applications where youÃ­d thought youÃ­d never see them. YouÃ­ve probably already seen a lot of stories on medical robotics, for instance. Automating a lot of these medical procedures is quite technically feasible now. Where the RIA helps in that regard… [is] we try to promote the notion that these markets require standards in order to make sure that the technology is safely and efficiently used. But you canÃ­t paint all markets with a broad brush in standards. Every market has different requirements. So, for instance, the thought of a robot working in a medical procedure would probably violate most industrial standards. So the standards development has to be diverse enough to support the deployment of the technology through all these different markets.