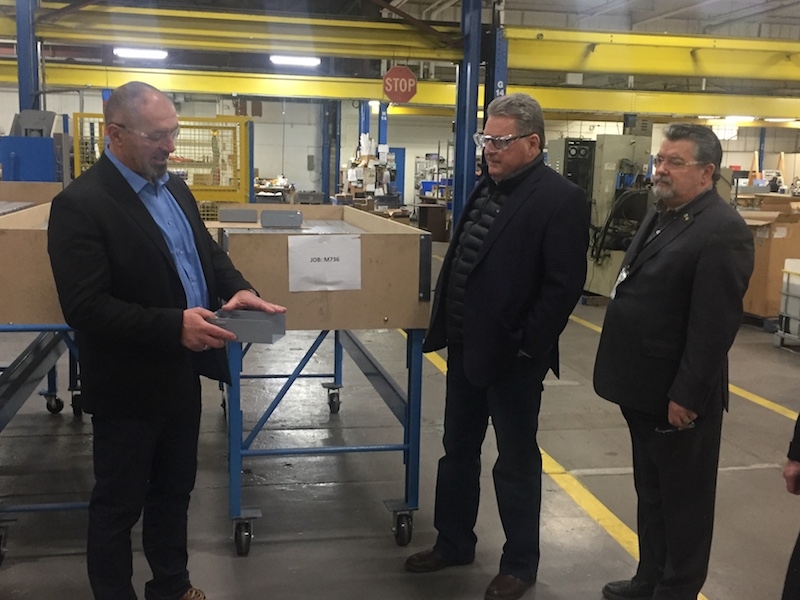 December 19, 2018 – Tulsar Canada, manufacturer of custom control panels for the waste and wastewater treatment industries, has experienced new growth since moving into its new Ontario facility last year, adding about 60 jobs to the local area.

Tulsar relocated to Brant County, in Brantford, Ontario, about 120 km southwest of Toronto, in the spring of 2017 and brought with it 32 employees. The workforce has since grown to roughly 100.

“It has unquestionably been a good time for Tulsar since moving to the Brant County,” says George Micevski, president of Tulsar Canada. “We will have some new product launches and be introducing direct-to-consumer sales through a major retailer over the next few months that we expect will create even more jobs. One of the biggest challenges we have had is filling the jobs we have available.”

Since relocating to Brant, Tulsar has created a dedicated research and development team to drive innovation and new product development. This created five jobs, with plans to add two more, and will lead up to 20 new assembly positions.

In addition, the company took on manufacturing control panels for one of its sister companies, Flint & Walling, which added 10 jobs in Brant. And it acquired one of its suppliers, Arrow Radio, and moved its entire production from Etobicoke to Brant, adding 30 jobs to the local area.

The Brant location is also the Canadian sales hub for its parent company, Zoeller Pump Company, a manufacturer of water pumps located in Louisville, Kentucky.

Looking ahead to 2019, Tulsar will be launching the Aquanot series, a battery backup control system for residential sump pumps. The Aquanot unit will be part of a pump package that is expected to be on the shelves of a major chain store in the United States in the coming months – the first time Tulsar products will be available in a major retailer.

Tulsar is also looking at growth in new sectors where its control panels could help improve operations and increase efficiencies, such as agriculture. The company says that a custom control panel on the farm could help manage feed and water for livestock and better control wastewater management.