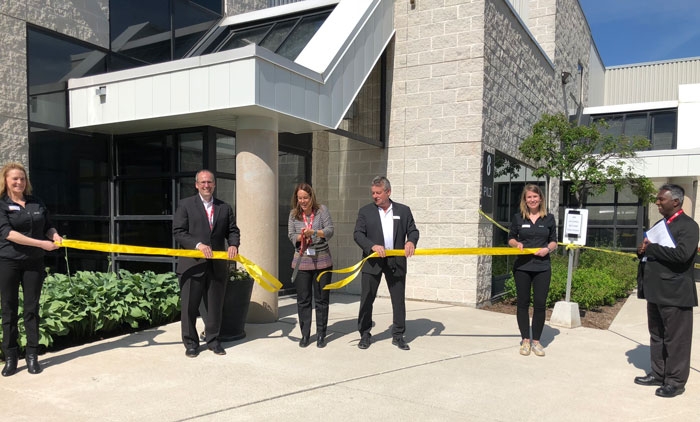 Pilz’s new building, located at #8-6695 Millcreek Drive, near the junction of highways 401 and 407, replaces the former office in Barrie (about an hour’s drive north from Toronto) and places the company in the heart of the Mississauga manufacturing corridor.

“With this building, we are able to deliver the Pilz global standard to Canada,” said Andreas Sobotta, CEO and general manager of Pilz Canada, during his opening remarks. 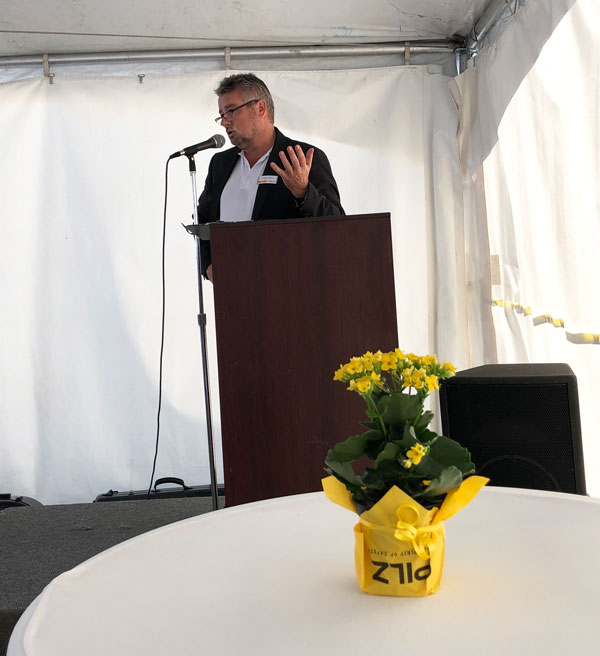 Susanne Kunschert, managing partner of Pilz GmbH & Co. KG, flew in from the company’s headquarters in Germany. She thanked the staff for their dedication to her family’s business before cutting a yellow ribbon in front of the office. A blessing of the building followed.

The facility boasts a 1,500-square foot warehouse, which Sobotta estimates will allow the company to fulfill its target of a 98 per cent fill rate. A nearby training room accommodates 20 people and will allow Pilz to conduct product demonstrations and certification courses such as its Certified Machinery Safety Expert Training (CMSE). 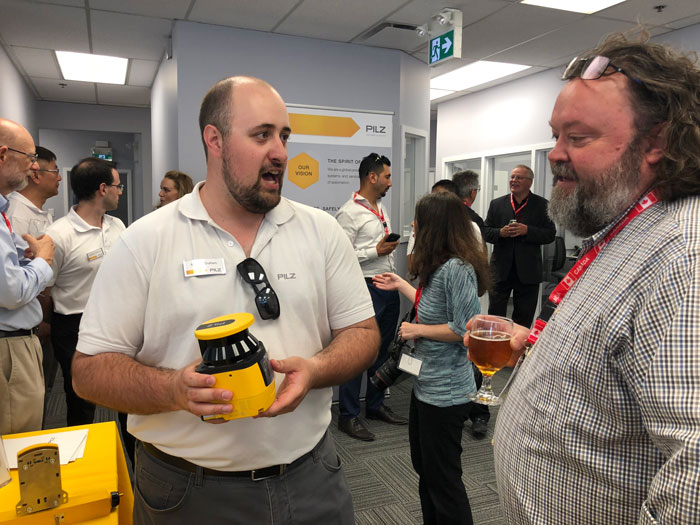 A testing laboratory, used to test customer applications in real-time, is already equipped with a number of Pilz and Pilz-affiliated products including the Safe Box, an electronic lockout product developed by Ionic Engineering using Pilz technologies. The Safe Box isolates electrical, hydraulic and pneumatic power sources in large-scale process manufacturing and mining applications.

The office move took place earlier this year, in January, and wasn’t without its challenges, said Sobotta. The team arrived at the new location to no internet connection, despite being told there would be no interruption to service.

“We kind of anticipated that, so we kept one server in Barrie,” recounted Sobotta. “Our team found a creative solution. Tina was entering the orders in Barrie, taking a picture, texting it down to Katie…Katie was pulling the product, writing down the serial number, filling – manually – out the shipping document, and then sending everything back where it was entered into SAP again!”

He thanked the staff for their work in making the transition as seamless as possible. Pilz Canada currently employs 10 people, including five engineers, with plans to add eight more positions over the next several years. Pilz GmbH & Co. KG employs more than 2,500 people worldwide. In 2018, the company posted a turnover of EUR 345 million, a growth of 2.1 per cent.

The Canadian branch has grown 33 per cent year over year.