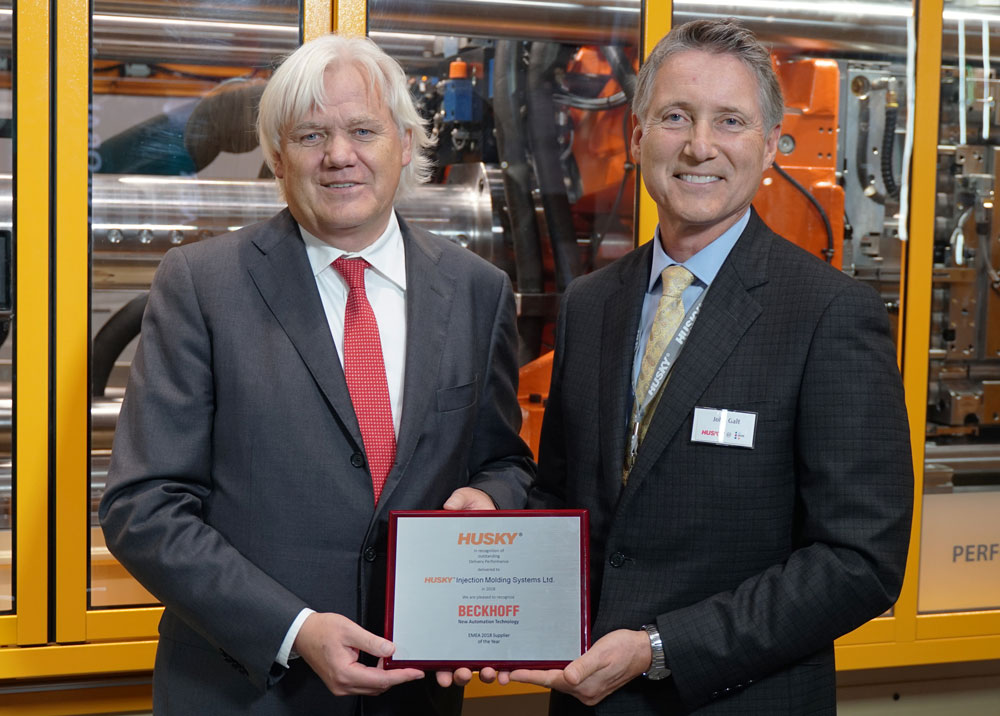 The award was presented at the K 2019 trade show held in Düsseldorf, Germany, in October 2019.

Husky has been working with Beckhoff since 1999, when the company installed an open industrial PC platform based on Windows standards. The clear separation between software and hardware opened up a new world of competitive benefits for Husky. PC-based control replaced Husky’s legacy control concept, which was based on a multitude of dedicated controllers and PLC hardware, with a single industrial PC and TwinCAT as an integrated software platform.

After a successful trial phase, Husky went into series production with Beckhoff control systems and declared them the standard for its entire machine portfolio. Husky was also one of the first companies to rely on the EtherCAT standard introduced to the market by Beckhoff in 2003, which the companies say increased speed and accuracy of Husky’s machines.