When selecting a small assembly robot for your manufacturing application, evaluate the controller’s key features 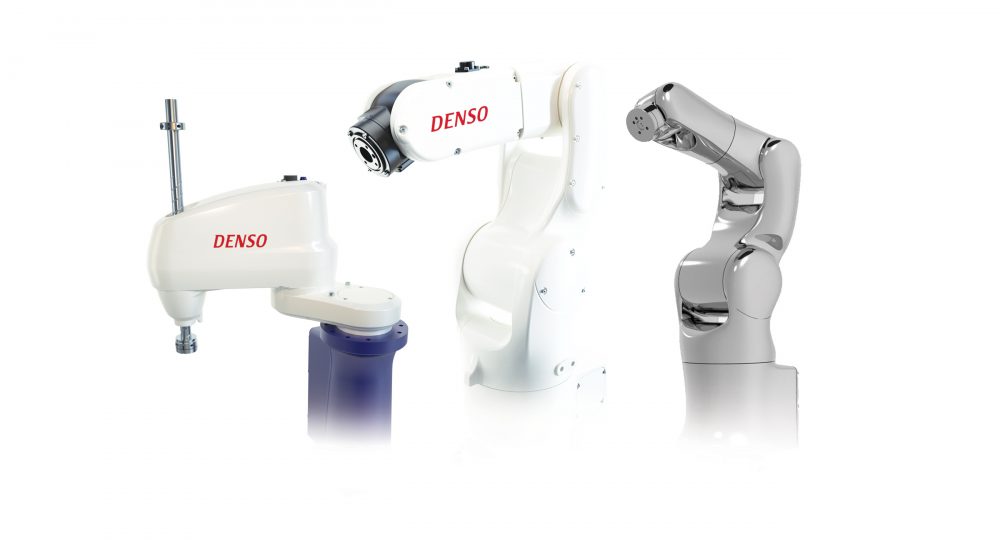 Small assembly robots are continuing to achieve ever-higher levels of implementation in all manufacturing sectors.

In order to function, a robot requires a controller that (1) contains the programs that tell the robot what to do, (2) serves as a coordinating link between the robot and other devices in the automation cell and (3) captures operational and error data and communicates it to the outside world – which increasingly today means the Industrial Internet of Things, or IIoT.

Robot controllers are usually designed to work with a specific robot or line of robots, and in most cases cannot be used with robots from a different vendor.
As a result, controllers are not offered separately, but as part of the complete robot package, and are consequently not always given as thorough an evaluation as the robot itself.

Since controllers play such a vital role in robot operation, however, knowing how to evaluate their key features can lead to making a wiser buying decision.

What is a small assembly robot?

Small assembly robots are a class of industrial robot arms consisting of four-axis (also referred to as SCARA) and six-axis articulated robots. Despite their name, small assembly robots can carry out a much greater variety of tasks than just assembly. These include all the various functions involved in manufacturing packaging and other industrial applications, including, among others, assembly, dispensing, inspection, machining, parts finishing, pick-and-place, polishing and spot-welding.

When choosing your small assembly robot, consider these features:

Small robots, which have been around since the 1960s, originally had controllers the size of a refrigerator. Today’s trend is toward much smaller controllers, some of which are only about the size of a desktop computer. These take up less valuable floor space, and are easier to integrate and redeploy in new applications. They are also easier ship for repair if necessary.

Some manufacturers who are not specialists in small robots, however, use the same large controller design for their small robots as for their large ones, resulting in significantly less ease of use, but no gain in function.

Most manufacturers offer only one specific controller for each of their robot models. Some, however, offer a choice of controllers for a given model, usually as a way of presenting lower-cost options. When this is the case, the onus is on the buyer to ensure that the controller is capable of running extended axes and auxiliary functions such as conveyor tracking and network IOs.

Ease and cost of integration

Some controllers come with all of their functions built in and allow the user to activate them, saving the time and expense of a service call.

Additional built-in capabilities can also make it easier to integrate commonly used peripherals such as a vision system, extended axes, a conveyor or a vibratory table.

Other controllers have software and firmware licenses, with additional post-sale charges required to activate even basic features such as palletizing, avoidance and collision detection. Further charges and a service call may also be required to extend the I/O configuration, or obtain updates and license renewals.

Ease and cost of programming

Traditionally designed controllers require the user to learn a specialized programming language, plus additional languages for each piece of peripheral equipment.

ORiN allows users to program the robot in a single, common language such as C++, C#, Java, Visual Basic or VBScript, greatly speeding up and reducing the cost of development and integration. The same language can also be used to program peripheral devices, eliminating the need to use different, proprietary programming software for each one.

In addition, many manufacturers offer offline programming software packages, often with 3D simulation modules, that can further reduce development time and costs. Some of these packages come with expensive but often-unnecessary advanced features, however, offsetting the cost-saving advantages.

Some controllers can be used with any robot in a manufacturer’s lineup. This allows stocking of only a single spare controller instead of a separate one for each type of robot, saving considerable time and money and reducing the length of possible downtime.

Most controllers are available with a wide variety of network I/O options, but some have only a limited choice, so the user needs to verify in advance which are available.

In addition, some controllers come with built-in functionality that allows easy connection with a PLC or PAC, enabling single-platform control of the robot and peripherals without having to learn a different programming language for each device. Thus, being able to collect all device data in a master control centre where it is easily accessible is a distinct advantage when connecting with the Industrial Internet of Things.

Some manufacturers offer inexpensive, user-upgradable DAQ (data-acquisition) expansion boards while others may require a service call to install and enable them.

Teach pendants do not typically come with a controller, but must be purchased separately. They are usually considered to be a necessary time-saving tool for programming the robot. Some manufacturers require the purchase of a teach pendant for every robot. Some do not have such a requirement, so a single pendant can be used for any number of robots of the same type.

What to look for when choosing a robot controller

Experience and specialized expertise of the manufacturer

Look for a manufacturer that has established itself as an industry leader and whose robots have stood the test of time. Small, high-speed, high-inertia robots and their controllers have their own design challenges. A manufacturer that specializes in such robots is likely to have expertise that others do not.

Manufacturers in the second category depend on their robots to keep their products competitive in the marketplace. As a result, they are likely to design robots and controllers that have the highest productivity levels, longest working lifetimes and lowest maintenance requirements – and therefore the lowest cost of ownership.

Controllers with a front-to-back airflow design allow multiple units to be stacked on top of each other without danger of malfunctioning or shutting down due to overheating, which can otherwise be the case with a bottom-to-top airflow.

An upgradeable CPU means that the controller can be redeployed in future applications that may require more processing speed. It also saves costs by not having to purchase excess processing speed that may never be needed.

A controller that can accommodate additional peripheral equipment without having to purchase a new unit when needs change can result in substantial long-term cost savings.

Ease of integration with a vision system, PLC or other devices

Look for a controller that is easy to integrate with peripheral devices. Some controllers have built-in vision systems, but these tend to be limited and might not meet the requirements of your application.

In general, most applications are not difficult to program. Be sure the offline programming software being offered does not include expensive, advanced features that are unnecessary for what you need.

To take advantage of the many benefits of the Industrial Internet of Things, be sure to verify whatever additional hardware is required for the controller to send and receive properly formatted data.

An automatic backup system can prevent the loss of valuable data. Not all controllers have one though, so it pays to ask.

Virtually all controllers today meet RIA and ANSI safety standards, but not all are available with UL certification, so if this is a requirement, it should be verified at the beginning of the buying process.

DENSO Robotics is part of DENSO Corporation, a robotics designer and automotive parts manufacturer. This article was reprinted with their permission in the November 2019 issue of Robotics Insider, a quarterly e-book produced by Manufacturing AUTOMATION.