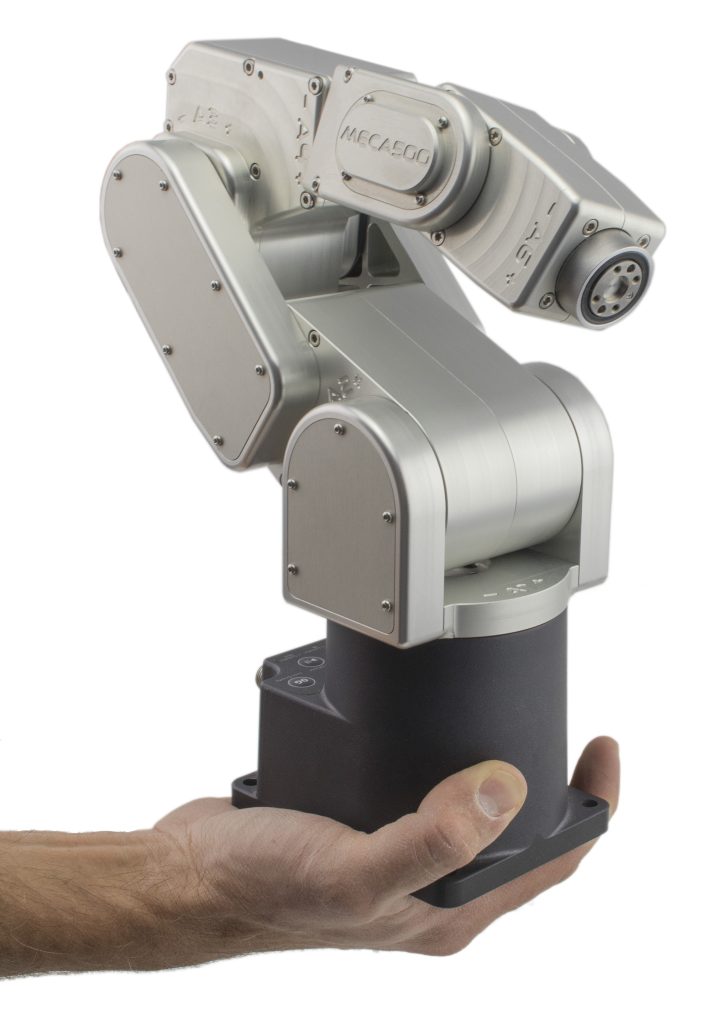 Mecademic’s robots are known for their precise and repetitive manipulation of small parts and tools in a variety of industries. The robots are plug-and-work automation components that integrate with any PC or PLC. They don’t require a proprietary programming language and do not require training. The robots are able to integrate and are compatible with most other automation components. Mecademic has designed the robots to maximize space efficiency and minimize deployment time in labs and factories.

The robots can be used in multiple applications, including assembly, pick and place, dispensing, test and inspection, machine tending and micro-manipulation.