Canadian manufacturers are encountering many hurdles when it comes to technology adoption, according to a recent report 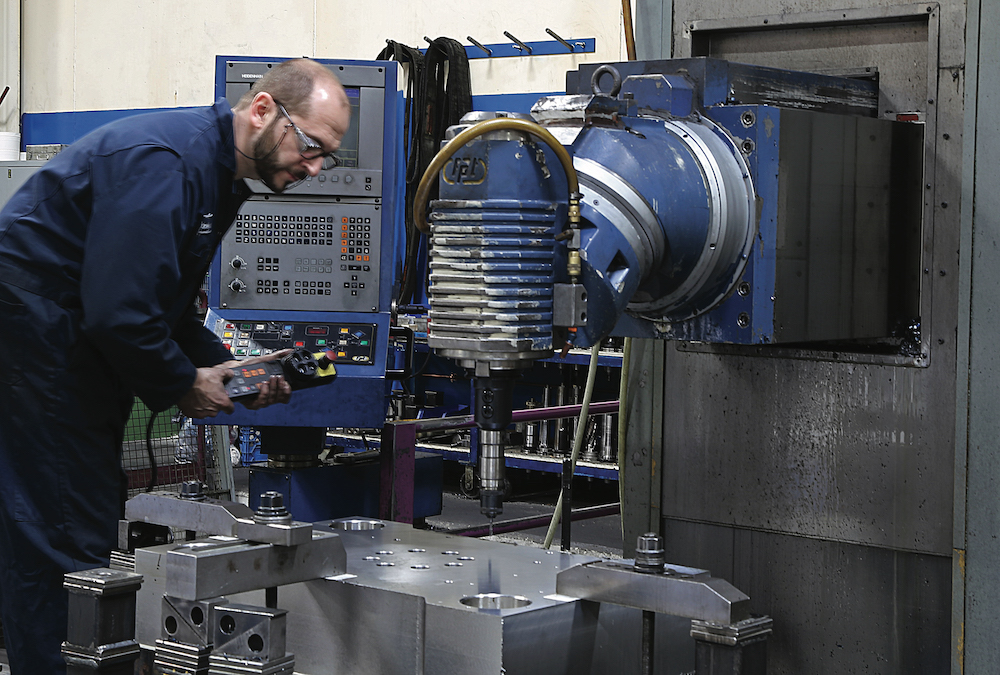 As manufacturers emerge from the COVID-19 pandemic and lockdown, they’ll be searching for ways to make up ground.

Automation, digitization, robotics, AI and other technologies are all tools that could prove useful in paving a new pathway to prosperity.

However, Canada is lagging other countries in embracing the Fourth Industrial Revolution. A recent report called “Embracing Change: Industry 4.0 and Canada’s Digital Future in Manufacturing,” released by Canadian Manufacturers & Exporters (CME) indicates that Canada could find itself on the outside looking in unless companies begin ramping up their plans to adopt innovative new tools and technologies.

While companies in Asia, Europe and the U.S. have aggressively surged forward and adopted new advanced manufacturing and digital technologies, the transformation in Canada has been slow. Manufacturers are struggling compared to their international counterparts and are already in catch-up mode.

According to the report, 55 per cent of Canadian manufacturers have not yet invested in advanced manufacturing technologies and one in five does not intend to do so in the next five years. And, in spite of Canada’s reputation as a leader in AI, the country ranked last amongst the top-10 manufacturing countries in its implementation.

Exception, not the rule

Despite the strong case for investments in advanced manufacturing technologies, the report found that advanced technology adoption is still more the exception than the rule amongst Canadian manufacturers.

“Manufacturers are lagging when it comes to adopting new technology in their production processes and in their operations,” explains CME chief economist Alan Arcand. “Canada as a whole tends to lag other advanced countries in their performance and innovation and it’s tied to the fact that we tend to have low rates of investment in high technology.”

The report notes that investment has been weak in Canada because of lack of information, the high costs of purchasing new equipment and technologies, the uncertain return on investment, and the fact that manufacturers lack the skilled workers needed to take full advantage of the opportunities of digitization.

“They would be more likely to invest in new technologies if they had a clear sense of the benefits of those technologies,” says Arcand. “Even if you know what’s out there you may not know what it can do for you if you were to take that risk and spend that money and perhaps adjust your production processes.”

Anthony Tersigni, vice-president of operations at The New Era Group in Toronto, a privately owned group of companies that specializes in the field of precision machining and turnkey manufacturing for OEM equipment manufacturers worldwide, says while some companies are embracing technology through software, industrial controls, automation and machine-monitoring, many companies have not adapted.

“Many companies run by older management have not embraced this kind of automation and are falling by the wayside because of it. Personally, I am a strong believer in automation as it is going to help Canada and manufacturing in general stay competitive in North America and in the world overall.”

The industry is changing, albeit slowly – though the COVID-19 pandemic may speed up implementation of digital technologies (see more on p. 12). But the costs are still prohibitive to most small companies because the technology is expensive and most small businesses do not have the resources to make informed decisions, says Tersigni.

The New Era Group has dedicated most of its resources to automating its enterprise resource planning (ERP), quoting, payroll and accounting software but intends to move forward soon on revamping the shop floor.

“Many companies run by older management have not embraced this kind of automation and are falling by the wayside because of it,” says Tersigni.

“We have adopted this approach because we feel it gives us the greatest payback with the least amount of effort. We are in the planning phases of our next purchase, which will be [to investigate] robotics and machine monitoring equipment. The biggest hold-back for us is the cost for both hardware and software.”

Tersigni expects change will come about slowly as the volume of work is still sluggish and most companies have limited cash flow, as getting additional funding from banks or government continues to be difficult. Finding skilled workers to deal with new technologies is also an issue that could hold the sector back.

“This is also a big challenge for manufacturers in Canada as we have trouble recruiting younger workers with these skills specifically,” he says. “Most of the growth that had been achieved in Canada in the 1970s and 1980s had been through immigration and today these immigrants choose not to come to Canada.

Jean-Pierre Giroux, president of the Excellence in Manufacturing Consortium (EMC) – a non-profit association dedicated to helping manufacturers grow and become more competitive, – says a recent survey done by the organization showed that 67 per cent of companies don’t have a digital adoption strategy in place today.

“That kind of sets the tone as to what’s happening,” he says.

The good news is that the data collected shows manufacturers are slowly moving towards more automation.

“The data is pretty clear. They are asking questions. Companies are asking, ‘Where do I start? What’s my next step? How do I build internal capacity to take this on?’ and that’s where the help should be focused.”

The awareness is starting, he says, and a number of organizations like the CME and the federal government’s NGen – also known as Next Generation Manufacturing Canada and facilitator of Canada’s Advanced Manufacturing Supercluster – are spearheading initiatives that help.

The EMC is also conducting training sessions with supervisors and managers and many are related to bringing in digital equipment or new software or coming up with a plan to re-organize workplaces.

A campaign is needed to help small and medium-sized businesses “skill-up” their workers and build their capacity, Giroux says, but it’s really up to individual manufacturers to prepare by picking up the gauntlet and training employees and internal teams to adopt new technologies, rather than rely on outside help.

“They shouldn’t rely only on technology providers or consultants. They’re a very important part of the puzzle but I think one of the priorities that we’re seeing in small and medium-sized business is to work with them so that they can build internal capacity to take on technology projects and to explore options and then to implement them themselves over time. That’s that cultural shift that needs to be there.”

Manufacturers also need to think long and hard about the technology they intend to bring in because there is no one-size-fits-all solution. What works for one company might not work for another, says Giroux.

Tersigni of The New Era Group says tax breaks or other financial incentives would be a big help in convincing Canadian businesses to invest in new technology, especially smaller ones that have limited funds.

“In my mind, government should assist manufacturers to invest in new technologies through government-backed programs. All the costs cannot be borne by small business if we are to have a strong manufacturing-backed economy in Canada. We need to work together as Canadians to make this happen.”

This article originally appeared in the June 2020 issue of Manufacturing AUTOMATION.

Related
Five ways for manufacturers to turn a profit with digital transformation
Siemens expands its Industry 4.0 portfolio for Hannover Messe 2019
Why manufacturers must connect with customers
A perfect storm: COVID-19 disrupted supply chains. Here’s how automation will help
Tags