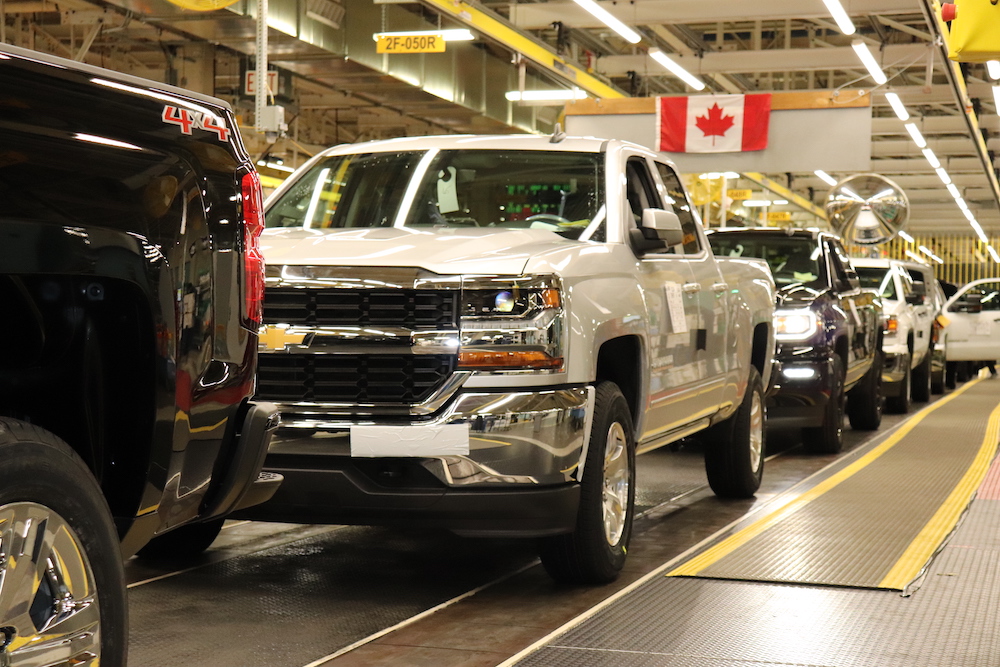 The announcement came after the company reached a tentative contract agreement with Unifor.

The automaker says construction will begin immediately at Oshawa and will include a new body shop and flexible assembly module.

Oshawa pickup production is targeted to begin in January 2022.

Unifor’s members are to vote on the new tentative agreement on Sunday. The union has unanimously recommended approval to its 1,700 members working at GM plants in the southern Ontario cities of St. Catharines, Oshawa and Woodstock.

GM says its planned new investments will include $1 billion to $1.3 billion at Oshawa with the expected hiring of 1,400 to 1,700 hourly workers as well as $109 million in St. Catharines, Ont., to support added engine and transmission production and $500,000 in operations at the Woodstock Parts Distribution Centre.

Related
Unifor president says GM could face strike in Canada if trust is not restored
Unifor head rules out boycott in campaign to save GM Oshawa
GM stops vehicle assembly in Oshawa due to disruption from U.S. strike
Employment centre for auto parts workers set to open in Oshawa
Tags