Launching a company during the COVID-19 crisis may not have been on the vision board at Black Controls Company, but the team came through with a bigger order book 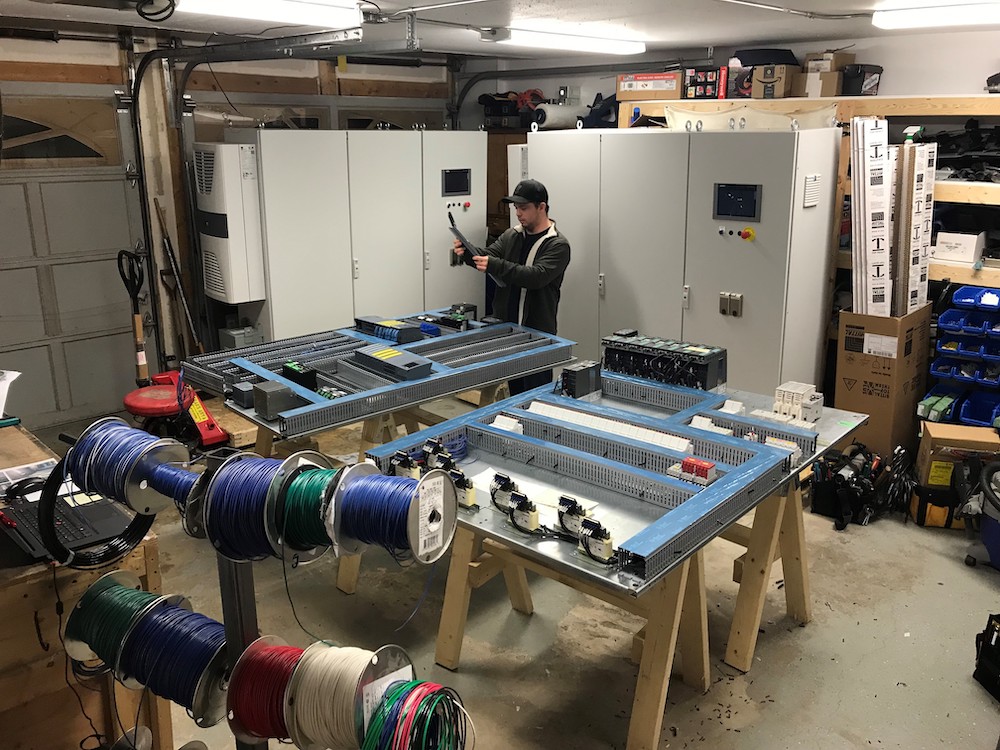 When programmer Rick Black decided to start his own industrial controls company last year, he did it for all the usual reasons: to get back to hands-on builds after working in management, to make more use of his technical knowledge, to fill a need in the industry, and to work for himself. 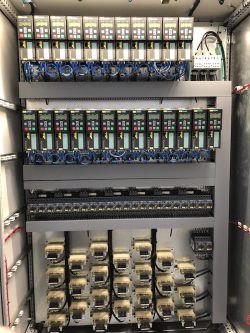 Black figured he would start small and then go from there. So in July 2019, he founded Black Controls Company out of his home in Barrie, Ontario and began designing controls systems.

By September, he was building two custom control panels in his garage for his first client. Business steadily increased – a month later, he was able to hire an additional full-time staff member and part-time help, and, by the end of the year, the small team was working on a shutdown project with a local integrator at an automotive plant.

What Black didn’t anticipate was that mere months later, his fledgling company would face a massive global pandemic, challenging his newly established customer base and supply chain.

Luckily, Black says that while work for some industries such as automotive dried up during the early days of the crisis and it became harder to meet new customers, a strong pre-COVID relationship with a company that builds equipment for sterilizing medical devices helped to buoy his business.

Since exposure to the radiation used to sterilize the devices is unsafe for humans, the equipment builder uses palletizing robots and conveyor systems so its client can transfer the product into the sterilization bunker.

“The product [runs] in batches and its location is tracked through the system,” says Black. “The conveyors are controlled by VFDs, and the sterilization treatment is done on a servo-driven conveyor. The servo allows very precise speed control. The speed in the treatment area is critical because it determines how much dose the product receives. Not enough dose and the product is not sterile, and too much dose will damage the product.”

Since wiring and programming the handling systems and building six dual bay cabinets for that client, Black Controls Company has taken on a number of additional jobs, expanding in May 2020 to a 2,500-square-foot office and assembly space where Black now employs four full-time staff plus a part time bookkeeper.

But back in March, as supply chains around the world were getting squeezed due to the pandemic, Black’s client was concerned with acquiring enough raw material for upcoming projects. So he started stocking up on product and storing it in his house.

“We ended up ordering a bunch of VFDs and other hardware and they were all in my living room. The basement of my house was full of material and panels,” Black says. “We weren’t sure what was going to happen with COVID. So it was good to get the [new space] – and good to get my house back!” 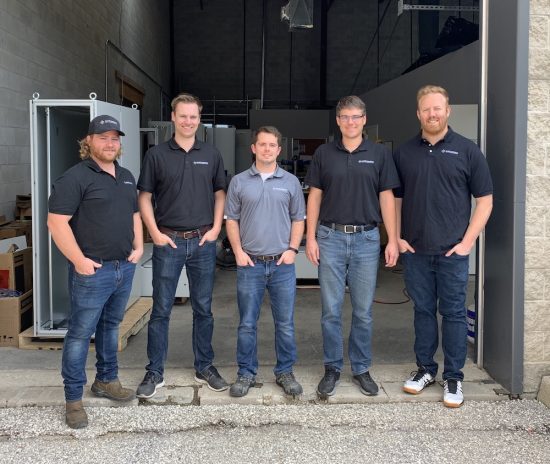 Now, the team of five at Black Controls Company does design work and programming onsite at the new facility, as well as panel builds, testing and powering of components.

The firm is vendor-neutral and works with any system based on specific customer applications, but has experience with products from a number of companies including Siemens, Allen-Bradley, Beckhoff, Omron, Mitsubishi, Fanuc, Yaskawa Motoman, Kuka, Keyence and Cognex.

Black got his start in the automation industry after completing a three-year electrical technologist program at Georgian College. He landed a co-op placement at Innovative Automation, a large Barrie-based automation solutions provider and systems integrator.

“We ended up ordering a bunch of VFDs and other hardware and they were all in my living room. The basement of my house was full of material and panels,” Black says.

Black spent at total of 12 years at Innovative wiring, programming and developing machines, and eventually led the programming group. It was there he noted an eternal need for outside contractors to help execute projects.

“I saw what [contractors’] responsibilities were from a customer standpoint, and I decided that it was something I wanted to pursue,” Black says. His new team members at Black Controls are all former colleagues.

As they look to 2021, the team plans to concentrate on the material handling, packaging and automotive sectors. “We are also excited about the recent investments made in automotive battery manufacturing here in Ontario and are optimistic this will lead to some opportunities for us,” says Black.

“Our growth so far is in part a reflection of the tremendous talent that we have on our team.”

This article originally appeared in the November/December issue of Manufacturing AUTOMATION.