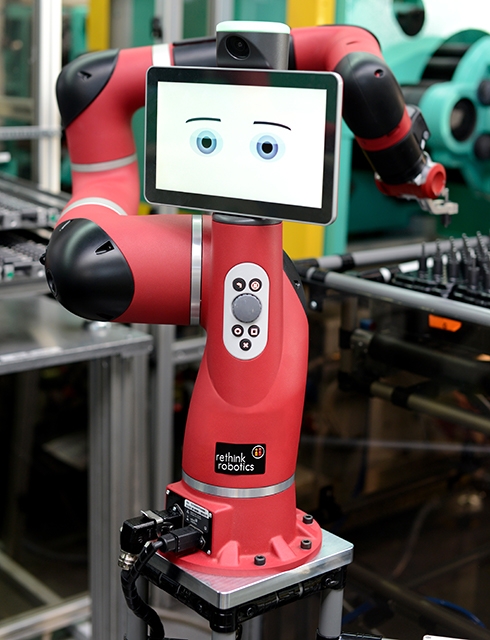 November 13, 2018 – The HAHN Group, a German-based company specializing in automatization and robotics, has acquired all robotic technology from the recently defunct U.S. company Rethink Robotics.

Rethink Robotics suddenly closed its doors on Oct. 3, 2018, citing poor sales of its cobots Sawyer and Baxter. Rethink was founded in 2008 and was well known for its anthropomorphic cobots Baxter and Sawyer, which each featured a face on the screens attached to the cobot arm.

As part of the transaction, HAHN Group has acquired all patents and trademarks of Rethink Robotics, as well as its software platform INTERA5, used to program the Rethink suite of collaborative robots.

HAHN Group, which has been in the robotics space for 30 years, says it intends to further develop Rethink Robotics’ technology, with the goal of combining it with German engineering of industrial applications. HAHN Group also intends to make the software platform available to suitable partners through licensing or other arrangements.

“The acquisition of Rethink Robotic’s technology marks an important milestone for the development of our portfolio of collaborative robotics solutions,” said Thomas Hähn, CEO of HAHN Group. “This transaction will bring us not only a boost in innovative technologies but also access to highly specialized know-how in one of the most dynamic future markets. We are very pleased that we could convince the owners of Rethink Robotics to agree to the sale of its robotic technology around the cobot ‘Sawyer’ as well as the INTERA5 software.”

In other Rethink Robotics news, Universal Robots also announced today that it has hired more than 20 former Rethink staff.