How software has improved the manufacturing performance of industrial robots 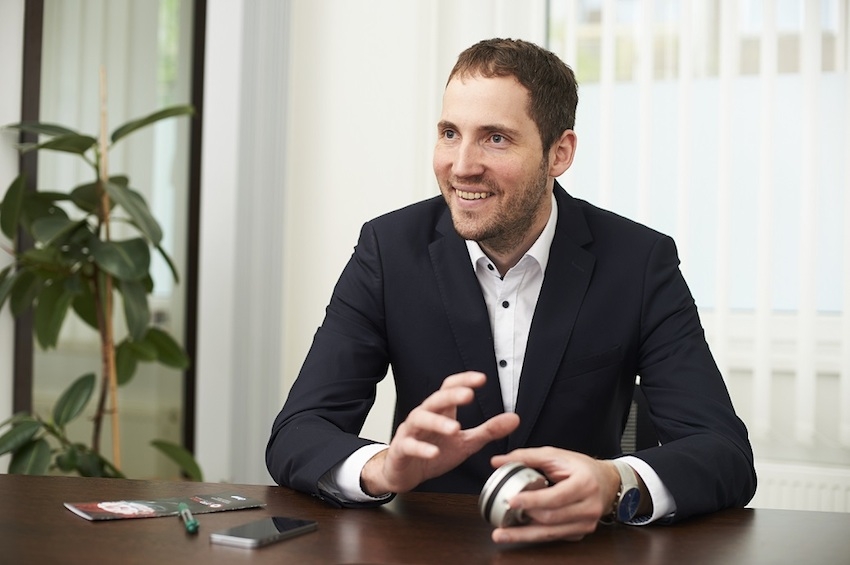 Nov. 14, 2017 – Manufacturing AUTOMATION recently interviewed Ákos Dömötör, CEO of OptoForce, regarding the state of the industrial robot. In this interview, he talks about how software has played a key role in helping to improve the intelligence of robots, leading to greater performance in manufacturing.

Ákos, thank you for joining us. To start, please tell us how software has changed the capabilities and performance of industrial robots over the years?

There have been some significant changes in industrial robotics over the last decade. One is the advancement of software. Robots are now more collaborative. This means they are easier to work with and more precise. We can literally place them right on a production floor without having to manipulate an existing layout. They are not as big and rigid as they were in the past and can easily fit onto a production floor.

Software is also easier to program and easier to integrate with other devices, such as sensors. Part of this is the development of simpler interfaces for users to program the robot.

Software is about making robots more intelligent. What that means is that they can react to their environment and change their intended actions if needed. If a product moves, they can feel that movement and react simultaneously in real time. If by chance a robot hits someone or something, they can adjust and correct given built-in controls.

Before the emergence of technology advancements from software, what was the state of industrial robots?

Robots were designed to do repetitive tasks very precisely. They were designed to be rigid and heavy so that even without sensing, they always arrived at the same position. This works with metal parts with known dimensions in precise fixtures, but you couldn’t use robots if you needed variation in parts or positions. This is now changing. Companies are now getting accustomed to expect robots to sense how their environment is different from the ideal CAD model and pre-designed plans and react accordingly. This might occur because parts move or change or the environment changes, but robots are more cerebral today and can react to change dynamically and in real time.

Can you please elaborate how software and programming a robot helps strengthen the overall management of industrial automation?

Industrial automation is done as projects, and every project is different. Robot software should be written for all tasks, and sometimes there are difficulties that the programmer cannot easily solve. This can lead to delays in the project and higher costs than expected. A delayed project could also mean having to find an expensive alternative solution during this time. However, new improvements in software now reduce the time it takes to program an application and the risks associated with programming. When programmers rely on a tested software module, there is a better chance that they won’t run into unforeseen problems.

What type of skills are required to program a robot with software?

It really depends on the robot type. Newer robots tend to have an easier-to-use graphical interface, and there is a clear trend in making programming even simpler. This has already dramatically decreased automation costs and has made it possible and much easier to redeploy robots for new tasks. This trend will continue. In addition to writing software and creating interfaces that are easy-to-use, companies usually provide partner training, technical training, support, documentation, user guides, and videos.

Specifically, what parts of a robot does the software manage or control?

Firmware and software is everywhere now and couples closely with the hardware. The most important parts from the users’ point of view is safety and the user interface. Through the user interface, we can program robots to have them move into different positions, give commands to external accessories and process the inputs from sensors. The toughest part is how to write a program that reacts to the environment in real time – the algorithms you need to use is really high-tech and is being researched at a lot of universities around the world.

Besides manufacturing and production tasks – like deburring, and sanding – what other business functions are impacted?

Clearly, a robot is there to do a job, and to make manufacturing tasks more productive. A lot of companies now use robots for quality control as well, as the robots will always carry out required tests to measure, record, and analyze the data.

Another affected function that benefits from robots is human resources. Many companies struggle finding workforce for afternoon and night shifts, especially for tasks that require attention or are in an environment that some would choose to not work in. For example, polishing requires operators to pay attention to ensure they are exerting the right amount of force on the parts and don’t over or under polish the parts. But it is also very dusty and therefore a hard job to perform. Also, jobs that include repetitive motion or weight bearing tasks can be extremely hard on a body, which can increase sick time and injuries. If robots are used, a lot of these problems go away, thereby making HR’s job much easier. In short, robots work 24 hours a day, seven days a week, 365 days a year and do not take sick time, vacation time or personal time.

It seems that a reduction in errors is one benefit of a software-programmed robot, and having a robot that can work nonstop would be another. What are some of the other benefits derived?

One of the biggest benefits of automation is that it becomes easier to run a company. You want to ensure that you have the best people you can get and employ them in jobs that require creativity and good problem solving skills. Deploying industrial robots frees up workers to perform bigger, more strategic tasks that cannot be performed by a robot.

Automation keeps a company competitive in a global environment. It helps to save jobs and keep a company viable that may otherwise have trouble competing and lasting. Automation allows you to expand in different areas and employ more people as the company grows and becomes more competitive.

Is the robot programmed in one spot or various parts of the robot?

Most of the robots that are used in a factory are for enabling the arm. Robotic arms can be programmed offline (at a PC) or by using teach pendants. If the robot arm has accessories, it would be programmed through the robot.

What type of oversight by humans is required for a programmed robot?

Robots are usually adaptive and can do most tasks, but it does depend on the intelligence level of the robot and the tasks required. If the manufacturing process is the same and consistent then the robot doesn’t need a lot of oversight. But if the tasks vary or if the parts aren’t all the same size or make, then it could require more oversight. If the robot needs to adapt it could very well have the necessary intelligence to do so. The goal is to setup a robot to operate continuously so that the robot is standardized and performing high quality, regimented work.

In the past, the person who oversaw the robot would be an engineer who understood the programming and software, but today, robots are easier-to-use and program and can be supervised by a technician. The key is to continue to make robots more intelligent. In fact, they are much more intelligent today than they were just a few years back. Robots can do more tasks than ever before because the software is more intuitive, easier-to-install, and with new functions and applications from sensors — all making the robot smarter than ever.

We’ve talked about the shop floor, but what about the top floor? When executive management sees their production environment being run with industrial robots that are programmed by software, what is the overall net payoff that they can realize from this investment?

If you can automate your manufacturing environment with industrial robotics you can potentially achieve payback in one year’s time. The cost of automation continues to go down steadily and rapidly. This is because it’s easier and faster to program a robot. This translates to a cost decrease in integration, production, and training, but also enables more tasks that can be automated. The net gain is labour cost savings, higher quality and greater corporate profitability.

Where do you think the future is headed with software and industrial robots?

The biggest trend is it’s easier to program, understand, use and change robots. The second one is how robots are becoming more intelligent. We will see a lot of analytics and collaborative robotics, and there will be a lot of software to more tightly integrate the robot into production lines. We will also see more robots that can rely on vision and touch sensing.

Ákos Dömötör is the CEO at OptoForce. Since 2014, Dömötör has helped transform the company from an engineering-focused organization to a true global corporation. Leveraging the company’s expertise of developing technically-advanced sensors, he has strengthened its business strategy and management control systems and put forth a comprehensive customer relations program across international markets. The company’s 6-axis force/torque sensors serve to improve production operations through industrial robotics and automation.

To learn more about OptoForce, read our show report from Automate 2017.