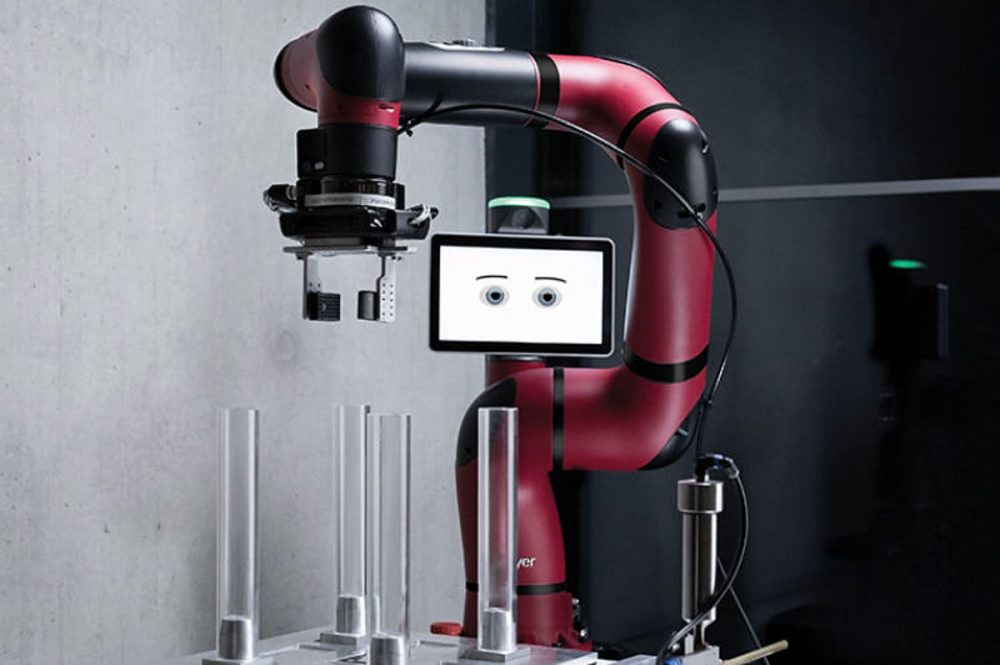 One year after its initial shuttering and subsequent takeover of assets by HAHN Group, Rethink Robotics presents a new update to its collaborative robot (cobot).

The Sawyer BLACK edition is now quieter, with more reliable components and higher quality than initial versions of Sawyer, which had previously struggled in the industrial market. According to The Robot Report, the first version of the robot used series elastic actuators that presented problems with accuracy, and this latest version is expected to fix the problem.

The HAHN Group is debuting the new cobot later this month at K 2019, a trade fair for plastics and rubber, as part of a palletizing application for the packaging of boxes and plastics parts.

Tasks that are dangerous for humans are, among others, possible applications for the new Sawyer BLACK. Some of these include CNC machine assembly, circuit board assembly, metal processing, injection moulding, packaging, loading and unloading, as well as tests and inspections. The cobot solution is ready for use immediately after delivery and is equipped with the powerful Intera software that delivers user-friendly programming and data insights, along with two camera systems.

The Sawyer BLACK edition can be pre-ordered now; first deliveries will take place later this year.

The HAHN Group announced it would continue work on the Sawyer cobot at the Automate 2019 fair. “Sawyer stands for simplicity, and speed of programming. Within the new setup of the company, Rethink Robotics GmbH plans to improve the reliability,” said Philipp Unterhalt, managing director of the HAHN Group and interim CEO of Rethink Robotics at the time.

Unterhalt has since returned full-time to his role at HAHN Group, with Daniel Bunse replacing him as CEO of Rethink Robotics.

Going forward, Rethink Robotics GmbH plans to expand Sawyer into an entire robot family, including models with a higher load capacity as well as simpler models with less equipment. Service robots will complete the portfolio in the future.