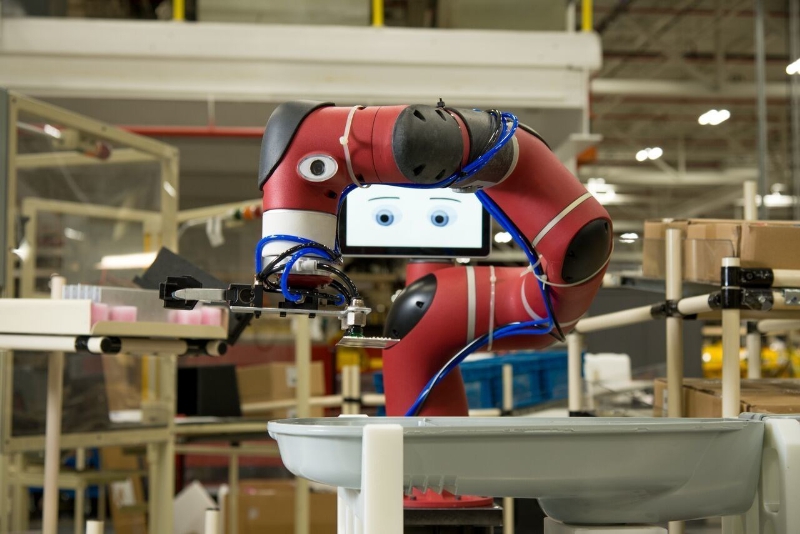 Apr. 19, 2016 – Rethink Robotics says it is striving to help manufacturers gain flexibility and improve production processes through four new distribution partnerships — Humarobotics in France, Active8 Robots and Cobotix in the U.K., and iCobots in Israel — for its collaborative collaborative Sawyer robot.

Based in Boston, Mass., Rethink Robotics says it is working to “transform the way manufacturing gets done, with smart, collaborative robots able to automate the 90 per cent of tasks that until now, have been beyond the reach of traditional automation.” Its Baxter and Sawyer robots, powered by the Intera software platform, promise to adapt to real-world variability and perform tasks like people do. “The result: manufacturers of all shapes, sizes and industries get the fast-to-deploy, easy-to-use and versatile automation solution they need to increase flexibility, lower cost and accelerate innovation,” says the company.

“For countries around the globe, the race to smart manufacturing is on, and our smart, collaborative robots are playing a major role in that race,” said Scott Eckert, president and CEO of Rethink Robotics. “The demand we have seen for Sawyer around the world clearly demonstrates the value manufacturers place on a robot that can help them be more efficient and responsive to customer demand. These four new distribution partners will help manufacturers in France, the U.K. and Israel rise above the competition in the global manufacturing landscape.”

Based in Bordeaux, Humarobotics, together with its parent company, Génération Robots, has been providing technologies to industrial clients throughout France since 2008.

A full service provider in the U.K., Active8 Robots leverages more than a century of experience in industrial robot design, integration and, more recently, collaborative robots to deliver products and services to its customers. Also based in the U.K., Cobotix has more than 35 years in the machine tooling market, and has assembled a team of field personnel stationed throughout the British Isles.