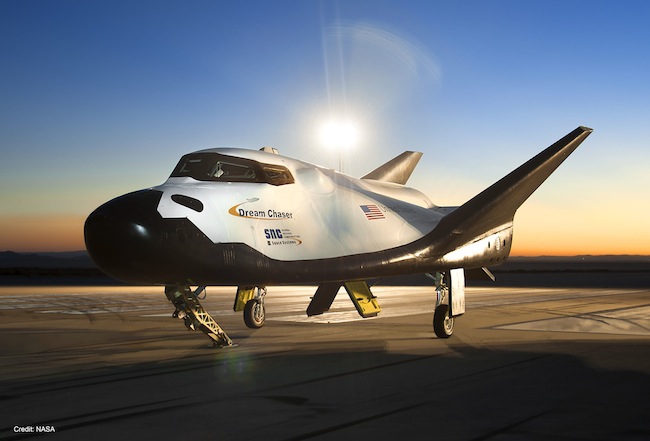 Sierra Nevada Corporation’s (SNC) Space Systems has announced that Siemens PLM Software is expanding its current relationship with SNC by officially joining the SNC Dream Chaser Dream Team – a group of experts designing and building a commercial system capable of transporting crew and cargo to and from low Earth orbit, including the International Space Station.

Siemens PLM Software, headquartered in Plano, Texas, has been supporting SNC’s Space Systems’ product lines, including the Dream Chaser spacecraft program, for over a decade with Siemens’ engineering software tools.

“With the continual expansion of our Dream Team, it is critical to maintain efficient collaboration between our various partners,” said Mark N. Sirangelo, corporate vice-president of SNC’s Space Systems. “As a global leader in software technology, Siemens is joining our Dream Chaser team of world-class partners and organizations to support spacecraft development between the various members both in the U.S. and internationally, further improving quality, efficiency and affordability.”

Siemens’ role on the Dream Chaser program has evolved from its years of work with SNC’s Spacecraft product line. The expanded use of advanced engineering software tools has strengthened the SNC and Siemens alliance, which will also help facilitate the international expansion of the Dream Team. The use of Siemens’ software technology will facilitate global vehicle development and the servicing of additional customer markets for the Dream Chaser spacecraft.

“We are extremely proud to have earned the confidence of SNC for such an important global initiative,” said Doug Fish, vice-president, U.S. sales, Siemens PLM Software. “As the leading supplier of PLM software to the space industry, Siemens takes its commitment to customer success very seriously. We are confident it will continue to provide the right information, in the right place, and at the right time, to help the SNC Dream Chaser Dream Team continue to make smart decisions throughout spacecraft development.”

Work on this strategic alliance will be supported through SNC’s Space Systems’ Louisville facility.