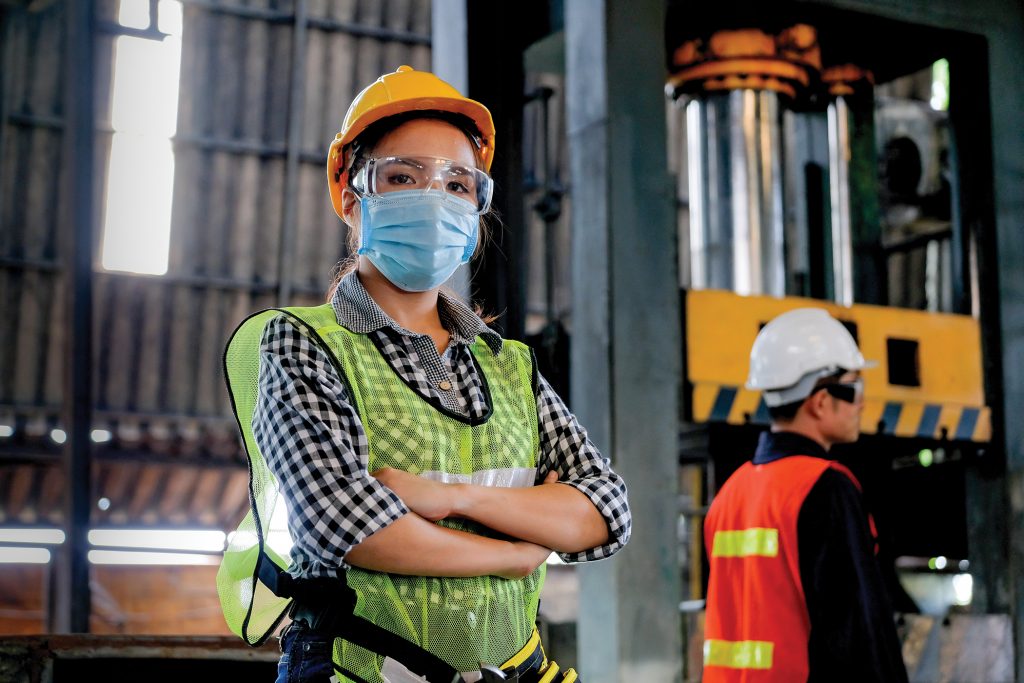 Improving gender diversity in Ontario’s manufacturing sector is not just a moral imperative, but an economic one, concludes a new report by the Trillium Network for Advanced Manufacturing.

The report presents case studies from five Ontario manufacturers (Honda of Canada Mfg., Sanofi Canada, Muskoka Brewery, MAD Elevator, Cascades) to show that a concentrated effort on increasing gender diversity helps companies attract and retain top-level talent, which is especially of concern to a sector that faces labour shortages and an aging workforce.

Currently, women make up nearly half of Ontario’s workforce, but comprise only 29 per cent of the manufacturing workforce.

“Manufacturing is a critical part of our economy, and in order to thrive, manufacturers need to attract the best and brightest. And 50 per cent of our best and brightest are women,” says Dr. Brendan Sweeney, the Trillium Network’s managing director and co-author of Gender Diversity and Ontario Manufacturing: Lessons from Five Leading Companies.

“The five manufacturers featured in this report have found ways to do this and should be commended. They were so incredibly open about their experiences, and there is so much we can learn from them.”

Using data from Statistics Canada, the Trillium Network found that the number of women in the manufacturing sector has remained stagnant since the early 1980s.

Women tend to be in lower-paying roles within the sector, such as in administrative work, sales, and production, and are not well represented in higher-paying occupations such as in the skilled trades, STEM and management.

For example, women are better represented in industries such as clothing, textiles and bakeries, but those occupations tend to be lower-paying.

Pharmaceutical manufacturers, on the other hand, rely more on life science professionals (e.g. virologists and immunologists) than other manufacturers.

A study in leadership

Central to the report are the case studies for Honda of Canada Mfg., Sanofi Canada, Muskoka Brewery, MAD Elevator, Cascades, which the Trillium Network says provide evidence of progress within the industry. The case studies also set a benchmark for other companies as they look to expand upon their supports for hiring, retaining and advancing women.

The authors found that improving diversity and inclusion is the result of conscious and intentional efforts made by company leaders at these five companies, and involves multiple initiatives as part of a comprehensive strategy.

“All of these companies put in a lot of work. They made investments in their people and their practices. There were no happy accidents,” says Eva Kwan, a PhD candidate at Western University and co-author.

Kwan notes that “Yes, there are costs associated with these investments. But there are also benefits to employees, their families and communities, and to the companies. And in each case, the benefits substantially outweigh the costs.”

For example, Honda of Canada Mfg. has created the Women@Honda event series, held every two weeks for women interested in learning more about the company. The workshops offer tours of the plant and an overview of the company’s recruitment process, as well as a Q&A session with staff – then finish with an invitation to formally apply to Honda.

At Sanofi Canada, overhauling the way the company recruits was integral to hiring more women. The company no longer asks for current or recent salaries in its recruitment process, which can further expose the wage gap between women and men, and instead ensures salaries reflect what’s required in the role.

Recognizing that certain responsibilities fall disproportionately on women is also key to successful strategies at Muskoka Brewery and MAD Elevator. For example, the craft brewer allows children and dogs in the workplace on days where childcare options may be difficult to find, and has developed flexible scheduling guidelines about when employees are not expected to work.

And when COVID-19 hit, the elevator manufacturer paid a sum equivalent to the Canadian Emergency Response Benefit (CERB) to relatives of its employees who couldn’t find childcare, so that their children could be looked after by family members.

At Cascades, which was awarded bronze-level gender parity certification from Women in Governance in 2019, diversity and inclusion initiatives have included identifying female employees to be trained in leadership programs, and offering diversity training to recruitment teams to challenge biases.

The Gender Diversity and Ontario Manufacturing report lays out 10 lessons learned from the featured companies, including the importance of data and benchmarking as essential components of diversity and inclusivity initiatives.

Companies should keep demographic information about their employees so that they can track progress.

Another is to involve women in the planning, execution and review of gender equity practices — and that should extend beyond gender to race and age when implementing overall diversity, equity and inclusion policies.

The report authors urge manufacturers to get started on their gender diversity initiatives.

Talissa Watson, a MSc candidate at the Ivey Business School and the report’s third co-author, notes that “The best time to plant a tree was ten years ago. The second-best time is now. This report provides some important insights for companies looking to improve gender diversity.”