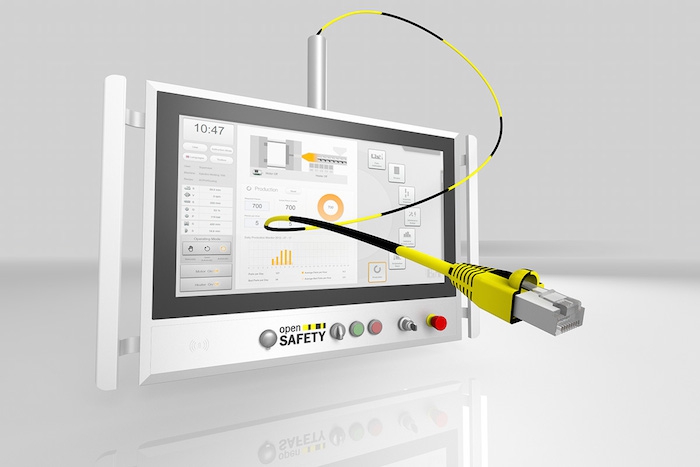 According to the company, openSAFETY control panels only require a bus and power connection, allowing the systems to be placed exactly where they are needed without having to deal with unwieldy cable harnesses. The control panels are available in a range of configurations and touch technologies rated up to IP65. Users can also configure the number and arrangement of buttons, switches and the E-stop button.