News
GE announces deals worth over $1.4 billion with Saudi Arabia 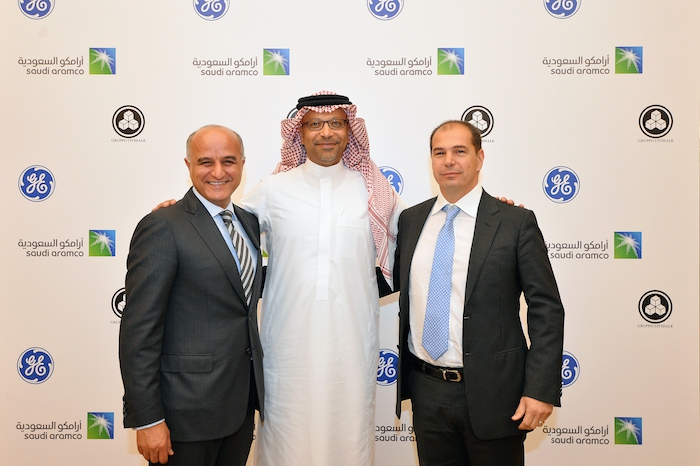 Saudi Aramco signs MoU with GE and Cividale SpA to set up a forging and casting manufacturing facility in the Kingdom.

Jun. 6, 2016 – GE announced it made a series of deals with Saudi Arabia worth more than $1.4 billion, which support economic and industrial diversification, the creation of quality jobs for Saudi nationals, human capital development as well as productivity and efficiency enhancement across the energy, aviation, healthcare and digital sectors.

The initiatives were announced by GE’s chairman and CEO Jeffrey Immelt during his visit to the Kingdom. “We are a committed partner in supporting the Kingdom’s transformational and diversified growth, underscored by our 80 years of presence in Saudi Arabia. Our roots are deep, and today with our partners, we are growing in a new and visionary way. Together, we will create quality jobs for Saudi youth, help build a robust SME chain, boost exports, enhance economic competitiveness, and support the vision and aspirations of Saudi Arabia. New sustainable and equitable opportunities as well as strong business outcomes will flourish under these initiatives,” he said.

A variety of projects announced by GE that support the goals of Saudi Vision 2030 include:

• Forging and casting manufacturing facility with Saudi Aramco: GE, Saudi Aramco and Cividale SpA are working to build what they say is the Middle East and North Africa region’s “first-of-its-kind, world-class” forging and casting manufacturing facility. With a total investment of US$400 million, the facility is expected to be operational by 2020 and create more than 2,000 new jobs.

• Brilliant factory with MODON: GE is partnering with MODON to transform the manufacturing sector of the Kingdom by digitizing 10 factories with GE’s Brilliant Manufacturing Software Suite. The project aims to strengthen the operational efficiency and productivity of these factories, and help gain “significant” cost savings.

• LED manufacturing facility: GE’s energy startup Current, powered by GE, is establishing a GE Center of Excellence for LED Luminaire Manufacturing at the GE Manufacturing & Technology Center in Dammam, and will be operational late 2016. It will manufacture and test outdoor LED fixtures that promise to reduce energy use by up to 50 per cent. About 100,000 to 300,000 LED fixtures will be manufactured each year, said the company.

• Women in Industry’ partnership with Asharqia Chamber: GE has signed an MoU with the Asharqia Chamber to organize GE Garages-led training workshops for Saudi women in industry. Focused on Saudi women-owned and led SMEs and start-ups, the training will offer sessions on 3D printing and design, CNC milling, injection molding, and other industrial programs. GE says it hopes to train 1,000 women in the next five years.

— With files from Jon Gambrell, The Associated Press