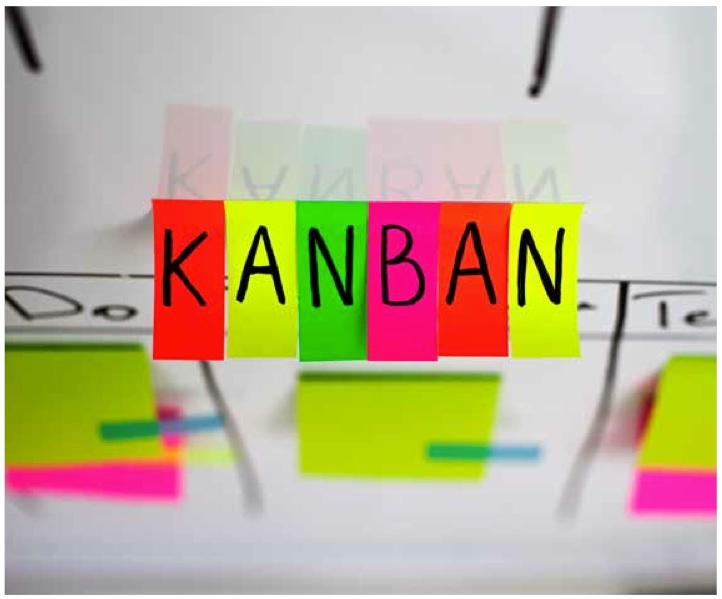 Nov. 7, 2016 – Many moons ago when I was just getting started on my Lean journey, I visited a large automotive supplier to benchmark pull systems. My own factory had started a pilot Kanban between two work centres and I was hoping to gain some insight from a more experienced source. To my disappointment, when I was escorted into the factory, the aisles were crowded with pallets of kitted orders.

“What is this inventory?” I asked my tour guide. “That’s Kanban,” he said. “How so?” I asked. “Everyday the stockroom pulls stock for the floor,” he explained, emphasizing the word, pull. I thought this particular material looked just like traditional factory orders, launched before they were needed. The floor of this benchmark facility was more crowded with inventory than my own. Not wishing to be rude, I tactfully inquired, “Isn’t the Kanban supposed to stay near to the supplying work centre?” The factory manager confidently responded, “Oh yes, we have a central Kanban area. I’ll show you.” With that, he led me to a storage area that looked just like my stockroom only larger. “We pull from here,” he reiterated, once again emphasizing the operative word, pull.

“Amazing,” I thought to myself, “the factory has just swapped its stockroom sign with one that reads Kanban.” (Thirty years later, by the way, that factory has been closed.) The point here is not to focus specifically on the tool, in this case Kanban, but rather to highlight the difficulty that arises when the concept behind any tool is misunderstood. If we don’t understand ‘what good looks like,’ we could be doing exactly the wrong thing.

Two days ago, for example, I heard a machinist jokingly describe his factory’s use of Andons: “When there’s a problem with my machine, I set the Andon to red and that signals everyone that I’m away from the machine hunting for the maintenance department.” Unfortunately, while front line employees know this not how Andons are supposed to function, the details are less well understood elsewhere. There is not a single Lean tool I can think of which is not burdened by misconceptions. Here are six common ones:

• Ganging up shop orders with similar setups regardless of due date in order to amortize setup time, and then calling it “setup reduction.” This is setup avoidance. The whole idea of reducing setups to “build the customer’s exact order immediately” is lost when orders wait their turn for the right setup.
• Creating dedicated “cells” which sit idle 80 per cent of the time. People tell me, “We don’t have room for cells.” No wonder.
• Moving the stockroom to the factory and then referring to months of stock on hand as “point of use inventory.”
• Referring to work instructions as “standard work.” In fact, having a clear work standard and job instructions build an important foundation for standardized work but too few sites understand standardized work as a dynamic choreography matching supplier capability to customer rate.
• A subset of the above, confusing Takt time with cycle time.
• One of my favourite misconceptions came from an engineering manager who let me know that he appreciated the “eighth waste” (loss of creativity) because he was tired of his engineers wasting their creativity on production problems.

Confronted by these kinds of misperceptions, I’m reminded of an old Twilight Zone episode, Eye of the Beholder. Visit bit.ly/2cjpoi4 to watch a two-minute clip to see how ugly things can get when we don’t have a good understanding of the concepts behind Lean tools. In the last several years, a great deal of attention has been given to creating a Lean culture rather than just implementing the tools. This is an ideal I subscribe to wholeheartedly so long as we define culture as an environment favourable to continuous improvement, and recognize that a proper understanding of the tools by both workers and managers is a key part of the culture.

Bruce Hamilton (oldleandude.com) is the president of GBMP, a Boston, Mass.-based non-profit that provides Lean assistance to the manufac- turing and healthcare industries. GBMP is also an affiliate of the Shingo Institute. In 2000, he was inducted in the Shingo Prize Academy and in 2015, was inducted into the AME Manufacturing Hall of Fame.

This column was previously published in the October 2016 issue of Manufacturing AUTOMATION.