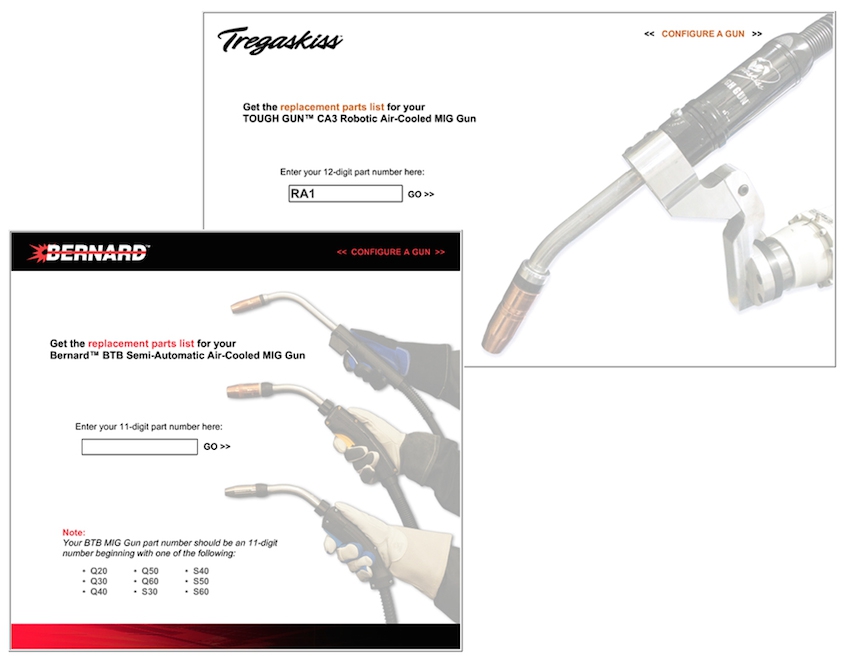 Jan. 25, 2017 – Bernard and Tregaskiss have introduced a reverse part number lookup function for their semi-automatic and robotic MIG gun online configurators that allow users to customize a MIG gun for their exact needs, by selecting amperage, neck style and angle, consumables and more.