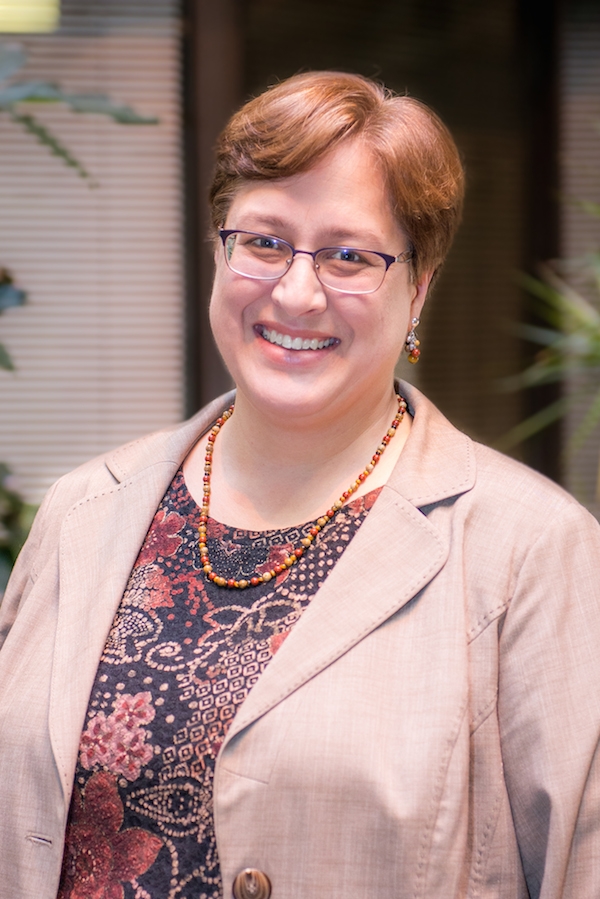 Apr. 24, 2017 – Manufacturing AUTOMATION chats with Carole Franklin, director of standards development at the Robotic Industries Association (RIA), to get her thoughts on common robot safety misconceptions.

MA: How did you get started in the manufacturing world?
CF: I’ve worked in a variety of positions in the industry and in consulting. After I got my MBA from the University of Michigan in 1995, I worked for Ford Motor Company in market research for 10 years or so and then, for about four and a half years, for the consulting firm Booz Allen Hamilton. Our main client at the time was the U.S. army TARDEC, which is the R&D lab for ground systems. They classify robotics as a ground system and as a result, I got to know some of the robotics people there and was really intrigued by the subject matter, so when I saw this position open up, I thought I’d give it a shot. Although it seems a bit eclectic, [my career] has been mostly focused on communicating and translating between non-technical and technical people. [In] my role at the RIA, I work with our standards development committees, which are composed of technical experts in the robotics and robot safety field. These committees get together several times a year to come to a consensus on the current best practices we want to codify in our standards. We work closely with ANSI and ISO, and our main standard is ANSI/RIA R15.06-2012 – Safety Requirements for Industrial Robots and Robot Systems, the U.S. national adoption of ISO standard 10218, Part 1, Robots, and Part 2, Robotic Systems. In Canada, our colleagues at CSA have adopted these practices in CSA-Z434-14 – Industrial robots and robot systems.

MA: You mentioned you find the robotics side interesting. What exactly drew you in?
CF: It’s the people I work with. This was true when I worked with the robotics group at TARDEC and it’s still true with the group I’m working with now, particularly in our standards committees. These people are very dedicated to industrial safety and workplace safety, and they’re down-to-earth and easy to work with. It’s just a really good industry, I’ve been enjoying it quite a bit.

There are design factors that are intended to make a cobot more “inherently safe” than a traditional robot, such as its small size, small payload limitation and rounded corners, so if a human were to be contacted by it, it would be less likely to injure them. [But even with] those design factors, if you put that robot arm into a system where it is doing an application that is not safe or using an end effector that is not safe, then as a whole, the [entire] system will no longer be operating as collaborative. If you take a collaborative robot arm and attach a welding tip to it, well clearly that whole system would not be appropriate for collaborative use. [Users] must take into account the application the robot arm will be doing, as well as the pose and motion path. Users must [keep in mind] that having a collaborative robot doesn’t mean you get away from the need to conduct a risk assessment. The need for safety peripherals is not going to go away.

MA: In terms of the process, how is a risk assessment with a traditional and a collaborative robot different?
CF: The process would be essentially the same; you need to look at the tasks to be performed and the hazards, and assess the risks associated with that task and hazard pair. If you find something that is a higher risk then you need to develop some mitigating strategies to reduce that risk, do another pass through your risk assessment, and ask if that risk has been reduced to a level that you can tolerate. You keep repeating that [process] until the answer to that question is yes. [Regardless] of whether you’re considering a collaborative robot or traditional robot system, you still need to go through the exercise and make sure you have identified all the risks and if there are any, take steps to mitigate them.

MA: Any final thoughts about the growing trend of robots?
CF: I would say that collaborative is where a lot of the interest is as of late — it’s definitely a hot topic — but in terms of the systems that are installed, it’s still the case that the lion’s share is [composed] of more traditional systems that are safeguarded away from people.

Automate wrapped its 2017 edition earlier this month, and is organized by the Association for Advancing Automation (A3) and its trade associations, the RIA, Advancing Vision Imaging (AIA), and imaging, and the Motion Control & Motor Association (MCMA).