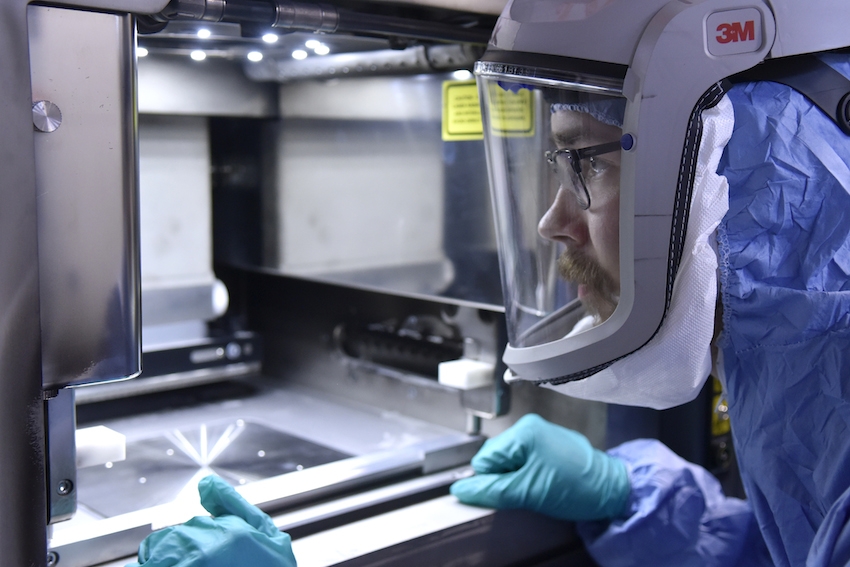 May 3, 2017 – In March, Samuel, Son & Co. purchased Burloak Technologies of Dundas, Ont., a prominent Canadian company in the additive manufacturing arena. Leaders from both companies believe this consolidation will equip staff to further ramp up innovation and provide even better service to customers.

Founded in 1855, Samuel, Son & Co. now has more than 100 facilities where a workforce of over 4,800 serves tens of thousands of clients in many industrial sectors. Burloak Technologies, founded in 2005, designs, prototypes and develops parts for aerospace, defence and high-tech companies, and has shown itself to be an industry innovator. For example, Burloak was the first company in Canada to obtain a direct metal laser system for manufacturing, and more recently, it’s pioneered the use of metal 3D printing.

Metal 3D printing is disruptive to traditional metal manufacturing on many levels. Instead of producing metal objects through removal of excess material, building objects through metal 3D printing is faster, more energy efficient, and generates very little to no waste. In addition, because the process involves production in layers, often using latticed designs and combinations of metals, parts are also significantly stronger and lighter than parts produced using conventional manufacturing methods. It is estimated that the aviation industry alone has already saved billions of dollars, mostly through fuel costs, through using 3D-printed parts.

Leaders at Samuel and Burloak believe the acquisition will allow the two firms to provide the strongest independent supply chain solution in the North American market, with plans to deliver 3D metal printing solutions to customers globally.

“We’re in the early stages of assessing the synergies that will flow from the Samuel-Burloak partnership, but we do expect significant growth in production over the next few years,” notes Colin Osborne, manufacturing president at Samuel. “At this juncture, it’s hard to put specific numbers to it, but there’s no doubt this is a very exciting, emerging field and demand is going to be great.”

Osborne says many of Samuel’s customers have already been exploring what additive manufacturing could mean for their business.

“Together, Samuel and Burloak will not only be able to assist customers in understanding that but can also work with them to engineer, prototype and produce parts that will greatly increase product performance and make unprecedented production enhancements,” he explains. “Another key element of course is the fact that Burloak can now take advantage of Samuel’s sheer size and industry-leading history that will allow it to scale to meet the long-term requirements of customers.”

The companies already have several systems in place for 3D printing both metals and plastics, and are adding new capacity on an accelerated basis. The metals involved include titanium, aluminum, maraging steels, nickel alloys, invar and stainless steels.

Customers gain many benefits from the use of metal 3D printing, says Burloak president Peter Adams, including lighter weight, better thermal performance and higher productivity, depending on the application.

“In general, we see weight savings of more than 50 per cent in space and aerospace applications, along with the ability to deliver dramatic improvements in cooling of molds in the plastics industry,” he says. “This can amount to hundreds of thousands of dollars in productivity gains. In the energy sector, we are seeing increasing applications where we can produce geometry that was simply not possible before, providing tremendous efficiency boosts to several processes.”

Adams concludes that for Burloak and Samuel, the real beauty of additive manufacturing is the way it allows the large combined team of engineers to deliver solutions to customers that are simply not possible to achieve with traditional manufacturing methods.

This article was originally published in the May 2017 issue of Manufacturing AUTOMATION.