Features Opinion
The ABCs of the IIoT: Keeping things simple and catching up 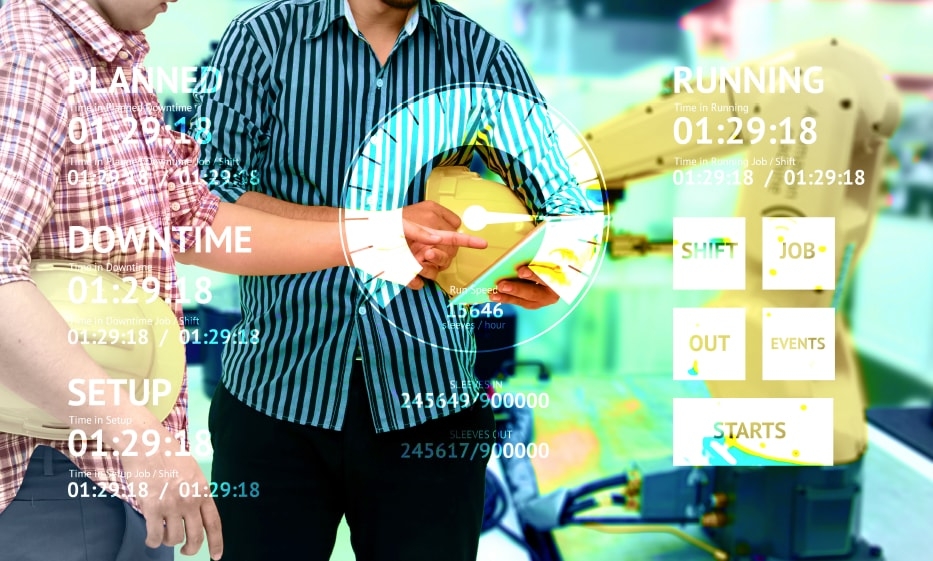 Jan. 24, 2018 – By now you will have heard about the next big thing that is projected to affect manufacturing — the Industrial Internet of Things or the IIoT. New technology geeks seem to like to create acronyms and terms that mean something to them but leave the rest of us in a fog. Think B2B, Y2K, B2C, M2M, IoT and now IIoT. The list goes on and on.

The manufacturing industry has traditionally been a slow adopter of new technologies compared to other parts of society. There are always exceptions  — most companies have a few new machines — but by and large, if a machine is working reasonably well, it is left in place to do its job for a long, long time. I often ask plant managers how many times they have replaced their photocopying machine; every five to eight years seems to be a reasonable answer, but their manufacturing equipment stays in use a lot longer. Similarly, look at the computers being used in the engineering, administration and executive offices, and compare them to the computers on the floor. Indeed the majority of PCs I see in use on the plant floor are operating Windows 7.

I don’t necessarily see this as a problem — not in most cases anyway. The reason that equipment is still in place on the factory floor is because it works. It continues to do its job effectively and everyone knows how to use it. The cost of replacing it is often very high, and the benefit is usually not big enough to warrant the expense and time to replace it. On top of that is the relentless production demand — there’s just no time to replace something that is working, often while taking a chance on something new. The result is that many plants run a lot of older, proven equipment, augmented by new technology equipment that gets installed when they start a new product or operation. This is true for all major segments in the manufacturing industry, but some more so than others.

The IIoT however, is the manufacturing industry’s opportunity to catch up, especially lagging industry segments. At its core, the IIoT is intended to connect things to the Internet, and to do it in a cost effective manner. It’s intended to be integrated into common household devices and as such, it should be easily adaptable for a wide variety of possible uses, and it should be available in commodity prices. It’s when solution providers start adding other new acronyms and terms, such as Industry 4.0, smart manufacturing and Big Data, that the price starts to rise quickly. The IIoT in and of itself is aimed at connecting devices, ubiquitously and cost-effectively, to the Internet, and there’s no reason that an older piece of equipment can’t be easily and cost-effectively connected.

In my opinion, there is no manufacturing sector that has more to gain from this new technology than Tier 1 and Tier 2 suppliers in the automotive industry. Most plants I’m in produce products at parts per second speeds and pennies per part prices. The tolerance for defects is effectively zero, and the requirement for accountability and traceability is ever increasing. Tier 1 suppliers have to keep track of the raw material and components that went into each part, the equipment it was run on, the tooling that was used, and even when that tooling was last serviced or refurbished. In-process and end-of-process test results often have to be associated not just with the batch, but with the specific product produced. IIoT technologies do not solve all these problems by themselves, but what they can should do is provide solution providers with simple, ubiquitous, cost-effective ways to connect all the devices.

The rapid emergence of this new technology is this industry’s chance to build data bridges — not data fences and silos. In previous IT evolutions, equipment and solution providers have scurried to align themselves with a half dozen or dozen other providers and claim an implied superior compatibility. Although it is often promoted as being to the customer’s benefit, this kind of data fence is primarily to the compatibility group’s benefit. If the IIoT movement is allowed to sweep across the manufacturing floor the way that Internet technologies have swept through our banking, entertainment and communications industries, the change to our industries will be dramatic — and that’s not something we should fear. The IIoT is not just the next new thing coming to manufacturing, it will be many companies’ opportunity to catch up.

This column was originally published in the January/February 2018 issue of Manufacturing AUTOMATION.