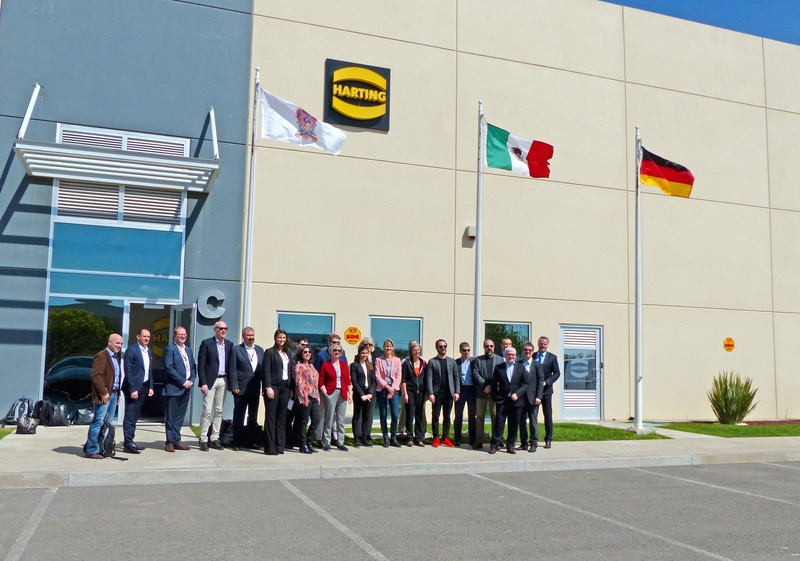 Feb. 24, 2018 – The Harting Technology Group intends to further expand its market position in North and Central America over the coming years, Jon DeSouza, president and CEO of Harting Americas announced in front of a group of journalists in Silao, Mexico.

“Mexico is crucial in our growth strategy,” DeSouza says. He said the decisive factors for the move to Central America were proximity to customers and the fact that well-known automobile manufacturers and suppliers had recently opened their own production facilities in Mexico.

Since 2016, Harting has been producing overmolded cables and wiring harnesses in its factory in the industrial city of Silao in the state of Guanajuato, and has a presence in the country’s capital via a sales company.

In an effort to ensure fast delivery to customers, the company’s manufacturing facility in Silao Industrial Park is located one kilometre away from Leon International Airport. The plant currently about 50 employees, and the company has announced an increase to 200 employees is planned for the near future.