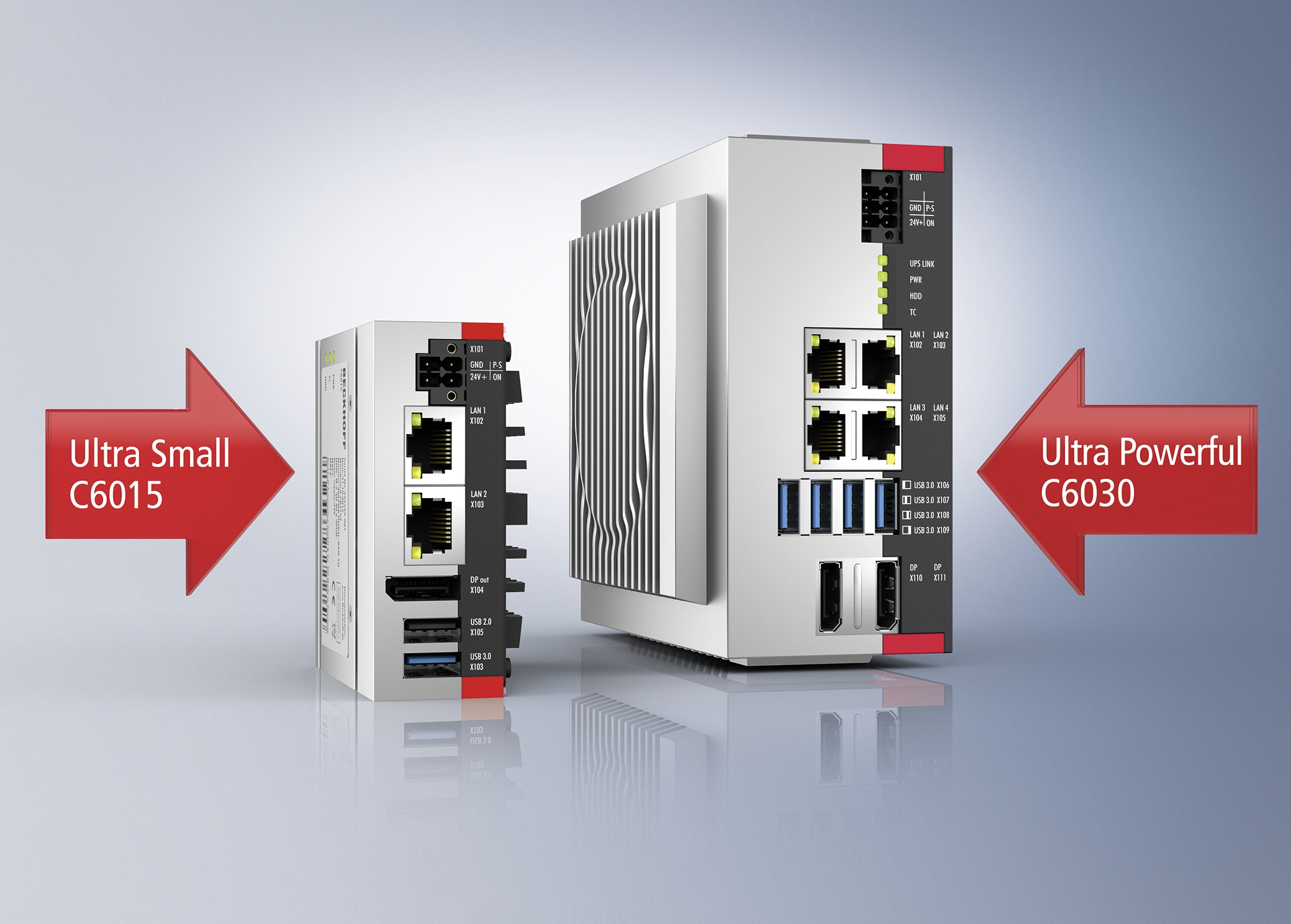 Mar. 2, 2018 – Beckhoff Automation has released the C6030 industrial PC (IPC), describing it as a new series of space-saving Beckhoff IPCs that first launched with the C6015 has proven to be extremely successful in the marketplace.

Beckhoff says the C6030 is able to accommodate almost any automation and visualization task, including highly complex axis control, demanding HMI applications, large-volume data handling and applications with extremely short cycle times. The onboard Ethernet adapter with four 100/1000Base-T connectors, four USB 3.0 ports and two DisplayPort connectors make the C6030 suitable for networking, high-performance Ethernet-based control tasks and vision systems. The new multi-core computer, measuring 132 x 132 x 67 mm, integrates Intel Core i-series processors of the 6th and 7th Generation to provide performance with up to 3.6 GHz per core. According to the company, the C6030 IPC is half the size of the closest comparable control cabinet PC, the C6930, while offering more interfaces while in its basic configuration. Depending on the included features, the C6030 IPC promises price savings of up to 34 per cent when compared with IPCs in the C69xx series from Beckhoff, it notes.