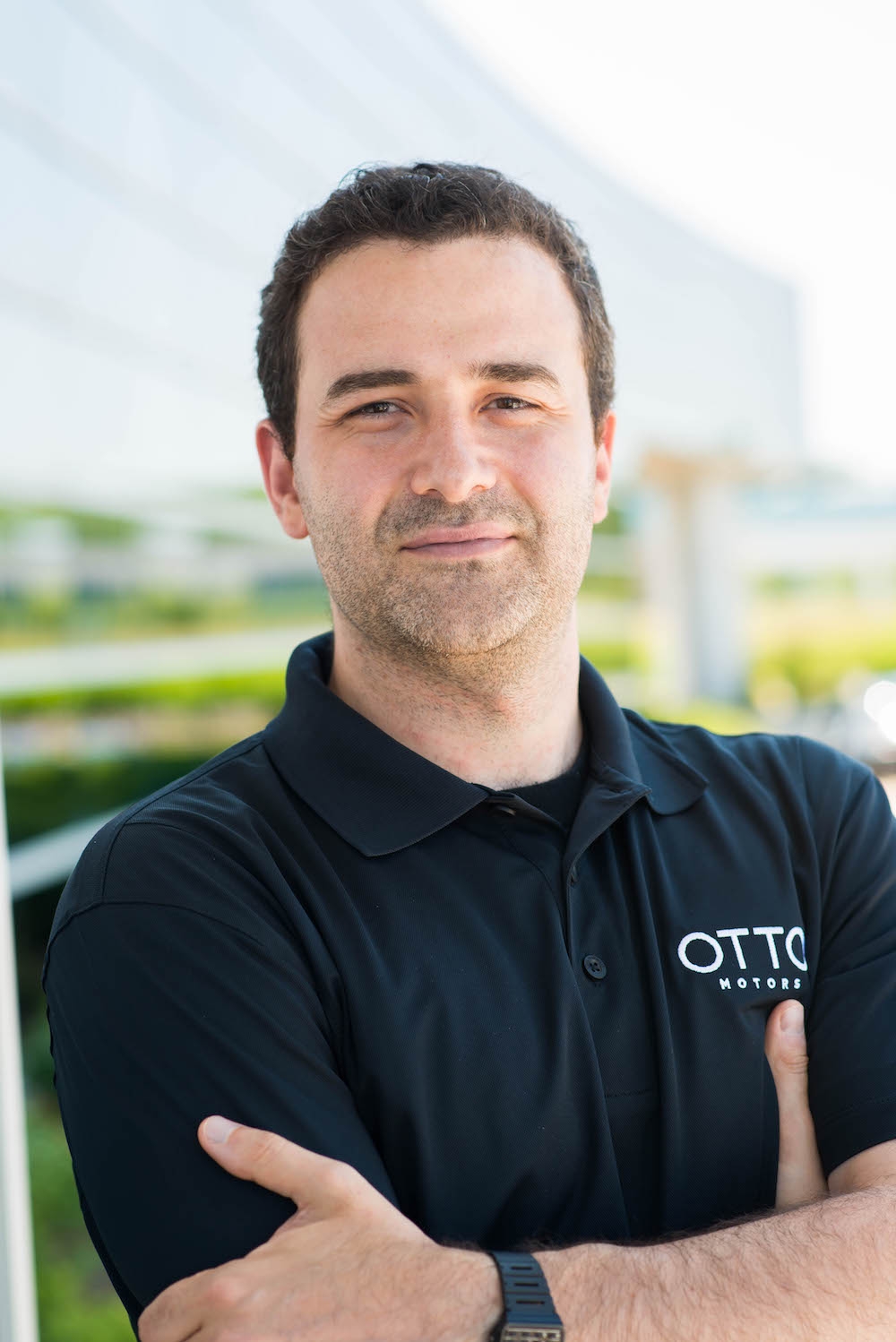 November 5, 2018 – Waterloo, Ontario’s OTTO Motors unveiled OMEGA, the world’s first autonomous forklift, at IMTS earlier this year. We talk to OTTO CEO Matt Rendall about what this means for manufacturers.

MA: What makes OMEGA so exciting for manufacturers right now?
MR: Taking the technology that we’ve been investing heavily in with OTTO 100 and OTTO 1500 [self-driving vehicles for small loads] and now applying it to a lift truck really is a game changer for us, because you will be seldom able to find an operation that doesn’t have at least one fork truck inside of their facility. Our vision is to put an OTTO in every factory in the world.

This new category of automation is going to blow the doors wide open on allowing companies to automate delivery routes with lift trucks and making safe-for-work environments. What’s really important is the ability to take this technology and make it accessible to small- and medium-sized manufacturers. Traditionally, automation systems have very, very high upfront costs, and larger companies are the ones typically that are able to invest in that infrastructure and build a competitive advantage at scale.

MA: How does the artificial intelligence in OMEGA work?
MR: The way that we think about OMEGA is instead of getting new features with software updates, it’s learning new skills. The first two skills that OMEGA has are autonomous floor-to-floor transport, so it can pick up a pallet from one location on the floor – say, a receiving buffer – and transport that to line-side, for example, and deposit the pallet there. Floor-to-floor transport is a very common requirement for lift trucks.

Skill number two, we’re calling collaborative mode. OMEGA will present itself at a place of work and a human operator will be able to take control of the vehicle and then execute a more complex task. So, loading a trailer or unloading a trailer, seeking a pallet from deep inside of a warehouse, or interacting with a conveyor. Every single time a human does one of those tasks, OMEGA is learning what the human did. And that’s really, really important data that we’re able to utilize within our development team as a means to release new skills for the product.

So we are making a skills roadmap. OMEGA will have new skills with software updates, and that will allow OMEGA to do new jobs and offer new value to our customers over time. The holy grail for autonomous lift trucks is autonomous trailer unloading. We think it’s going to take some time to complete that skill, but we’re very excited about executing the roadmap and bringing new skills to the product over time. And a lot of that is built on the foundation of OMEGA is learning every time a human does a job, and using that experience to create better automation.

MA: What are some of the immediate challenges that OMEGA will be a solution for?
MR: First and foremost, unemployment rates are at record lows. It has never been harder to find skilled labour to operate inside of factories. Licensed forklift operators are becoming increasingly challenging to come across, and it creates a tremendous operational burden for organizations that just can’t staff the work that needs to be done. So challenge number one with a bullet is there are just not enough people to do the work that needs to be done.

Then inside of an operation, I don’t think it’s any secret that fork trucks are one of the main areas for focus as it relates to plant safety. There’s a lot of momentum in markets that we serve toward what’s sometimes called fork-free operations. There’s this vision that’s emerging: wouldn’t that be great if we didn’t have to have any forklifts inside of our operation, because of the safety concerns associated with them? We’re seeing an opportunity for automation to create a greater degree of control and safety.

MA: How much has OTTO Motors grown since launching in 2016?
MR: We’re at about 200 people now, so the growth has been quite strong. We’ve seen very rapid growth in customer base and machines installed. Manufacturing is just a really incredible industry. I had a lot of respect for it coming into the market, but every single time I enter a manufacturing plant, it never ceases to amaze me the scale of operations that each individual company runs. In respect of that, there’s a certain approach to managing risk. If you adopt new technology, and it risks the manufacturing operation, the stakes are very, very high.

MA: What does it mean for OTTO and its parent company, Clearpath Robotics, to be Canadian companies at the forefront of autonomous vehicle technology?
MR: We had the good fortune of starting in this space before it was as active as it is right now. That’s allowed us to build a foundation. The foundation we chose to build in Canada is in no small part due to quality of work, research, technology and talent coming out of the University of Waterloo. As alumni from there, we have a deep understanding of what they do. I don’t think we could have the company that we have today if it weren’t for where we are located.

As a second major benefit, Southwestern Ontario is a very vibrant manufacturing corridor. That means there’s a lot of skills and experience in manufacturing here that we can plug into. We get our products manufactured in the local supply chain, and when we hire people there’s a higher probability that they are coming from a manufacturing background. That really helps us build a better product. We’re very excited about where we’re located and attribute a large part of our success to it.

This article originally appeared in the November/December 2018 edition of Manufacturing AUTOMATION.