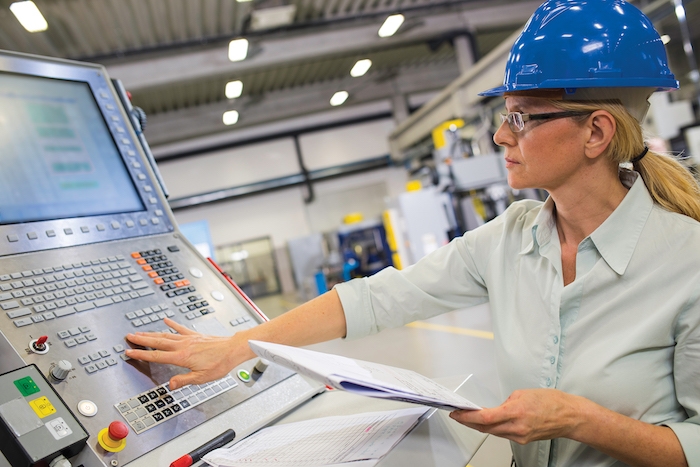 September 12, 2019 – As far as achieving success in manufacturing is concerned, it is often said that “what gets measured gets improved,” and “you can’t hit a target you don’t set.”

Both are true statements, and both are indeed critical to achieving success. However, what is worth a closer re-examination is what is being measured, and how is success defined.

If you were to ask yourself – or anyone in your organization – what success means, you would likely get some very quick and accurate, but very general, descriptions. You would hear words such as “profitability” and “growth,” if you were in ownership or management, “stability” or “job security” if you were on the floor, or “continuous improvement” or “better quality” if those you asked were tasked with those mandates. Sometimes you might get actual numbers or percentages as part of the answer, but rarely will you get a true and specific description of a tangible success worth aiming for.

For instance, several custom machining manufacturers I have worked with the last two years started out chasing the elusive goal of improving their OEE to what they believe are “world-class standards.” In that time, they have invested in new machines, retrofitted older machines, reorganized their shop, changed their processes, and trained and fully engaged their operators. Despite doing all these things and making these investments, their OEE number failed to improve significantly, if at all.

Part of the reason for that is that OEE is not easily applied to operations where every job is different, and the execution time varies depending on which machine the jobs are run on. In many shops, a machining job could be put on a number of different machines, some capable of running faster than others, and some easier to set up than others.

Accurately calculating the OEE requires comparing the actual manufacturing time to the anticipated manufacturing time, which in turn requires calculating the expected operation times for every unique job on predetermined machines, and then setting and sticking to the schedule of which jobs will be run on which machines. Any minor event to a single job would cause a significant ripple effect to the entire machine schedule, and this is something that happens routinely in most custom machining shops – it is closer to the rule than the exception.

To account for this, some shops have chosen to simplify their metric by measuring machine utilization and set-up times instead. It is a far easier measurement to make and is an indirect indication of productive activity, as well as being a very good indication of how close a plant is running to its capacity, (or how much capacity it has available). It was then discovered that the utilization metric all on its own would not lead to success because slower machines were scoring higher than faster machines.

For instance, an old machine might take six hours to machine a job whereas a newer machine would only take two and a half. As a consequence, the new machine would go through three set-up situations per shift whereas the old machine would only have one. The old machine would end up with a better utilization score than the new. To account for this, they started tracking the number of set ups, and the set-up time, and using those measurements as their primary indications of productive activity rather than OEE.

With these two metrics in full view, all decisions were made considering their potential impact on the goals of increasing overall capacity and decreasing average set-up times. New machines with faster cutting rates were replacing older machines with slower cutting rates. A higher number of set ups would indicate a faster and shorter cutting time, and increased capacity. Palletizers and other devices were added to minimize set-up times. Shorter set-up times (and less downtime) would indicate more efficient use of machines, and of people’s time too.

Dynamic scheduling tools were then used to keep all the machines active and all the operators engaged. The overall productivity results were indeed significant, with one shop increasing their overall capacity by 50 per cent, far surpassing the minor improvement they were seeing if they looked at their OEE metric. The bottom line was, they accurately redefined what success looked like in a way that was relevant and important for everyone on the plant floor, and they measured only a couple of factors that would directly lead to that success.

It’s quite simple, really. We have a tendency to aim for goals that others suggest are worthwhile and measure things that others say are important. Sometimes we just have to look past the goals and standards that others may have put in place and identify the ones that really make a difference in your plant or operation. What does success look like to you, and how are you measuring it? Answer those two questions definitively, and you will be on your way to accelerating your continuous improvement journey.

Related
Measuring to improve: finding metrics that lead to success
Principle, process, practice in manufacturing – and swim meets
Zero to one: launching a new manufacturing project
Crisis calls for manufacturers to push the reset button
Tags