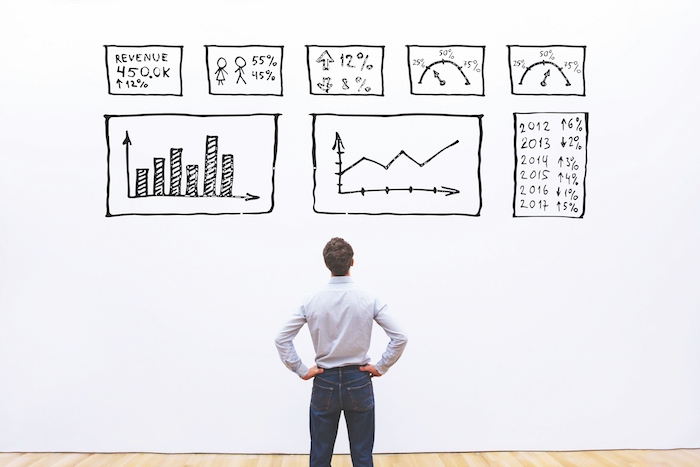 I have worked with quite a few salespeople over my career, but one in particular stands out head and shoulders above the rest. (I’ll call him “Bob”). He knew his product and was passionate about the company; he had charisma and built trusted relationships easily. He was internally motivated by a desire to please his customers, and to win, and externally motivated by sales targets and commissions; the latter two also serving as the primary metrics used to measure his success. Many other salespeople shared the same skills and passion and exerted similar energy, but they did not achieve the same measure of success. To me, that suggests that sales targets, and sales commission, were measurements of success, but were not the metrics that drove or created the success. The same is true in almost every plant I visit; the metrics used to measure effectiveness, or success, do not in and of themselves drive or create success. Yet they are the only metrics used and shared.

What Bob did differently than the rest were a lot of little things. The time between a meeting and sending a follow up or a quotation was very short, usually within 24 hours, often within 12 hours. The number of quotations he sent out was high, and they were usually very simple. They were easy to read, easy to understand, and were easy to say yes to. In short, he got more quotes out, got them out quicker, and they were less complicated than those put out by his peers. Those were the little things responsible for his success. The sales targets achieved were just the confirmation of it, and the commissions just the reward. If the efficiency of his quoting efforts was the primary metric (the ratio of quotes won vs. lost), he would score poorly, and working to improve that score would get in the way of his success.

Many plants today strive to achieve higher efficiency metrics, not really understanding what that really means, or how those goals can be achieved. Some plants I have visited have been gridlocked for two or more years, hoping to improve an overall efficiency metric, but not knowing how to even get started. In most of these cases, the problem lies with the metric itself – they are measuring their target improvement against the wrong metric, which has them trying to improve the wrong things.

In hindsight, it was clear that the OEE of their spindle machines was not the right metric to drive success, nor in this case was it even a good metric to define success. In another example (in this case, a forming company I am familiar with), overall production increased 45 per cent over a two-year period, without changes to equipment or staffing levels, and in this case too, individual machine performance metrics would have indicated that most of the machines were being operated less efficiently than before. This speaks to the difference between the words “effective” and “efficient.” Doing the wrong things more efficiently is not an effective strategy at all. At best, it stalls your efforts to improve. At worst, it accelerates your demise.

The process should start by asking the right questions, identifying the right goals, and then defining the meaningful metrics. The goal shouldn’t be to improve the efficiency of the equipment with the hope that will lead to the company’s success. The goal should be the company’s success. Defining what that looks like will determine what things need to be improved to achieve it, and that in turn will determine the metrics that can drive daily attention and activity towards success.

“More product out the door, quicker, with less cost” would be the goal I would expect from most companies. That may mean running the equipment more efficiently, but it may mean exactly the opposite, as the two companies above experienced. Don’t let false metrics stand in the way of achieving the overall goal. If Bob (the sales guy above) was measured by the success rate of the proposals he sent out (his quoting efficiency), it would have gotten in the way of his success. Instead, he followed his internal metric (how quickly he got the quote out), which was far more effective.

What are the metrics you are using, and, do they truly lead to your company’s success? What gets measured does get improved – but does that improvement lead to your success? Are you measuring the things that matter?

Paul Hogendoorn is president and co-founder of FreePoint Technologies. He can be reached at paul.hogendoorn@getfreepoint.com or getfreepoint.com. “Measure. Analyze. Share. Don’t forget to share!”

This article originally appeared in the Winter 2019 issue of Manufacturing AUTOMATION. Read the digital edition here.

Related
Redefining success in manufacturing
The amazing race: Business lessons in saying “yes”
Why innovation in manufacturing is lagging in Canada
Hitting the trifecta: important improvements for manufacturers
Tags