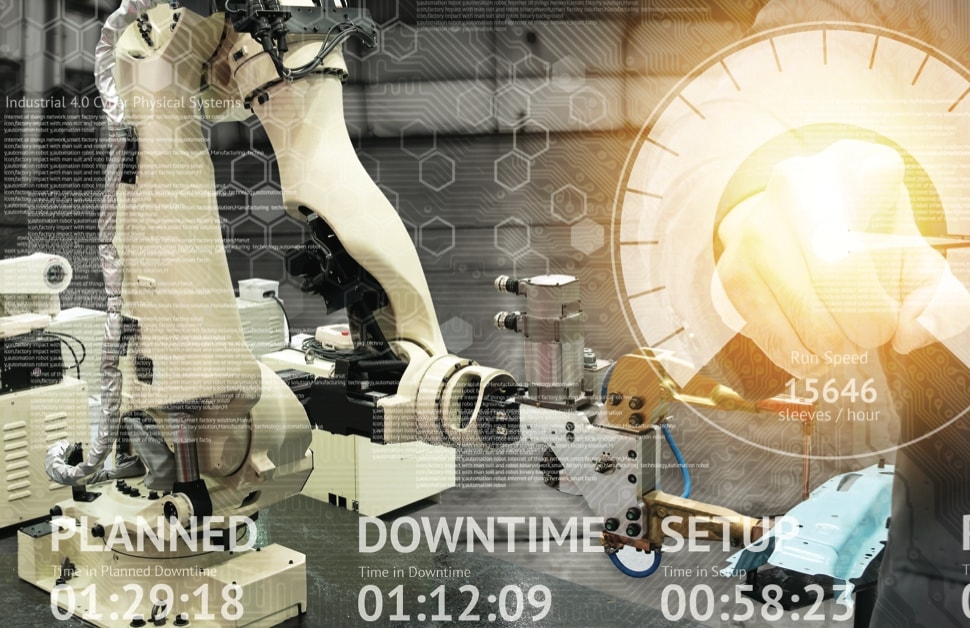 Sep. 19, 2017 – As awareness surrounding IoT standardization continues to grow, more eyes are being drawn to the necessity of enabling interoperability for distributed measurement and control solutions.

To foster such interoperability at the network level, the Time-Sensitive Networking (TSN) task group in the Institute of Electrical and Electronics Engineers (IEEE) is producing a set of standards to add time synchronization and low-latency communication mechanisms to standard Ethernet, creating a foundation for advanced manufacturing and product models where data can be shared more predictably and flexibly between layers of the control system.

Avnu Alliance, an industry consortium driving open, standards-based deterministic networking, saw the opportunity to provide the industrial market with a best practices document that offers a system architecture and implementation requirements for creating TSN-enabled systems and applications in support of a broad range of industrial use cases. Through member contributions and collaboration, Avnu Alliance Industrial Segment members published the Theory of Operation for TSN–enabled Systems Applied to Industrial Markets (i.e. Theory of Operations) best practices document. The technical document describes the requirements for several industrial use cases, including machine control and process automation, and presents a TSN-enabled system architecture that these applications can build on. The document also explains the role of TSN and related standards in the architecture, and describes implementation considerations for each component in the architecture, including end stations, bridges and software controllers.

As the application of TSN and related standards to industrial markets continues to evolve, the document will also evolve to add new capabilities.

To enable interoperable use of a shared TSN-enabled network, Avnu selects and certifies a set of underlying mechanisms to meet a given market’s requirements. Avnu’s focus is to create a common network foundation so that multiple industry group or vendor applications and protocols can share a TSN-enabled network, as shown in Figure 1.

The intended audience for the Theory of Operations document is developers of products used to solve industrial control problems. Because the document specifically describes architectural reference models for bridges, end stations, and bridged end stations, product developers are given the knowledge they need to implement TSN-enabled products.

Industrial use cases and requirements
This section outlines the two industrial applications of TSN, noting that while the specific requirements for these applications vary, they share a common need for distributed sensing, logic and actuation.

Industrial automation
The diagram in Figure 2 outlines the industrial process control use case, describing four machine sections that work together to comprise a single machine. In this example, the end user has seven manufacturing sites around the world, with 15 machines per site. Different OEMs deliver each section of machinery to the process, with each OEM specializing in the portion of the process it controls.

Each section of the machine is synchronized and coordinated to create a final product, with TSN-enabled switches supporting concurrent or translation between multiple IEEE 1588 time synchronization profiles, providing a migration path for existing products and technologies to be included in the wider TSN value proposition. At the router level, IETF’s DetNet initiative will inform how deterministic communication happens between separate layer-3 networks.

Machine control
Companies creating industrial machinery used for fabrication, assembly and testing are constantly upgrading their machines’ capabilities. Increasingly, these upgraded capabilities depend on free-flowing data both within the machine and between machines, from the machine to the user’s enterprise, and on to the remote machine builder’s remote facilities. This flow of information reduces the cost of machine customization, enables increases in machine availability, and can provide the end user with simpler integration into their facility and logistics systems. It allows the machine builder to take greater ownership of operating efficiency, support servicing, and consumables management.

To meet the stability and reliability requirements of the high-speed motion control subsystem within a modern machine, a network needs to consistently deliver the control packets between the drives/sensors and the controller with a latency of <100 μs. The motion axes also need to be coordinated, requiring time  synchronization between the nodes of <1 μs. Without TSN enhancements, achieving these performance requirements with standard, shared Ethernet requires a high level of technical competence and can result in prescriptive network architectures. Using TSN enhancements to standard Ethernet, machine builders can offer convergence, performance and cost optimizations when compared to existing solutions.

TSN fundamentals
Avnu’s TSN architecture for industrial systems presently focuses on three classes of mechanisms for creating TSN-enabled systems: time synchronization, quality of service, and network configuration. The Theory of Operations document acknowledges that as the IIoT continues to evolve and new foundational mechanisms are introduced, this system architecture will change to comprehend those mechanisms.

Quality of service is necessary for the proper operation of time-sensitive systems, since a bridged network connecting industrial controllers with sensors and actuators must ensure that high-priority traffic can predictably meet bandwidth and latency requirements, especially in the presence of same-priority or best-effort traffic. Using mechanisms defined in IEEE 802.1Qbv, a bridged network can schedule traffic such that high priority communication is guaranteed, with the lowest possible latency, even in the presence of best-effort traffic.

TSN systems require dynamic configuration based on application requirements. Using network configuration enhancements defined in IEEE 802.1Qcc, and borrowing concepts from Software Defined Networking (SDN), bridges and end stations in a TSN-enabled industrial systems can be configured in a manner that does not add significant cost or complexity and takes advantage of intelligence found in a centralized network controller.

The real potential for IoT is a foundational common network infrastructure. With open standards, manufacturers are not reliant upon one company and their proprietary technology. Avnu Alliance defines the technical foundation and certifies for interoperability. TSN allows all vendors in the industrial space to build on top of the common foundation.

In the future, the Theory of Operations will include additional technologies in support of a broader set of applications and markets as Avnu Alliance members continue to develop new ways for manufacturers looking to expedite advanced networking implementations and standard Ethernet continues to evolve.

Eric Gardiner is the chief engineer at National Instruments, Avnu Alliance Industrial Segment. Click here for a copy of The Theory of Operations document.

This article was originally published in the September 2017 issue of Manufacturing AUTOMATION.