Features Software
A new dawn for data at Canadian Solar 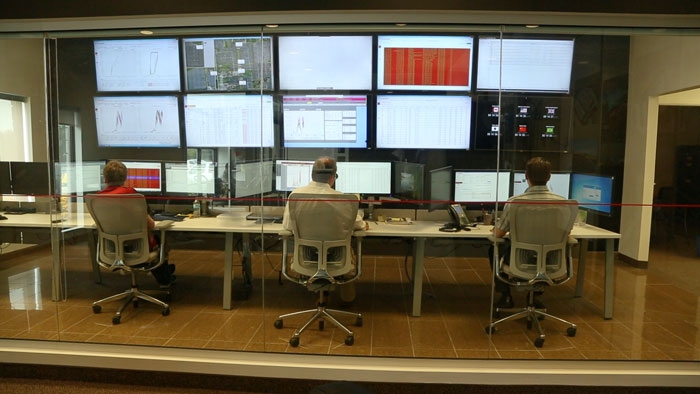 April 24, 2019 – Canadian Solar is a fast-growing global company that knows how to leverage technology to streamline its processes.

With a variety of utility-scale power projects, Canadian Solar has subsidiaries in 20 countries on six continents, with more than 12,000 employees. Founded in 2001 in Ontario, the company provides solar energy solutions, and is a manufacturer of solar photovoltaic (PV) modules. In 2011 the company began providing operations and maintenance (O&M) services for utility-scale solar plants, first in Ontario, then globally. Today, Canadian Solar O&M provides services in Canada, the United States, Japan, Europe, Australia and China.

As the O&M division grew, a key challenge was bringing in numerous kinds of data from a variety of systems used by solar plants operated by Canadian Solar. To help create a solution that would allow the company to ingest all this data in a streamlined fashion, Canadian Solar brought in system integrator Eramosa Engineering, which has offices in Guelph, Calgary, Toronto, Detroit and London. The consulting engineering firm specializes in supervisory control and data acquisition (SCADA) systems, along with automation, process control, system integration, instrumentation and control, and electrical engineering.

“Eramosa and Canadian Solar have been working together for the past few years to add SCADA systems to their solar plants throughout Ontario,” says Clayton Balfour, system integrator for Eramosa. “We were then approached by them to [build] a more global, more central monitoring platform.”

Implementing the software
CSEye is based on Ignition by Inductive Automation, an industrial application platform with several tools for building solutions in SCADA, human-machine interface (HMI), and the Industrial Internet of Things (IIoT). The Ignition platform helped Canadian Solar and Eramosa to provide access to critical operational data from various existing SCADA architectures while allowing the project to scale as needs arose.

Didier Thevenard, senior manager of operations and analytics for Canadian Solar O&M, says the company’s focus is on large, utility-scale solar plants that produce electricity from the sun. “We operate about 40 of those sites in Ontario, Canada, and in California. All those different sites have their own SCADA systems,” he says. “To monitor them, we used to have to connect to each and every one of them independently. Our vision was to bring all the data from those various sites to one single platform, to have all our monitoring data in one place.”

With Ignition as its foundation, CSEye provides a single application environment that pulls historical and real-time data from various architectures including OPC-UA, Modbus, Ethernet IP, Siemens Ethernet, and RESTful web services. The hub-and-spoke architecture with cloud-hosted central gateway and historian allows server and resource scalability. The system has more than 40 spokes, with more planned for the future. With the software’s unlimited licensing, Canadian Solar does not need to pay more fees for additional clients, devices, tags, or projects.

“CSEye is our online, cloud-based platform for everything that deals with monitoring, management of operations and maintenance activities, and reporting,” says Thevenard. “Now everybody in our group is using it. For the operators, that’s their workhorse – that’s what they look at all the time. It’s been used by our engineering team to log issues, track work orders and track warranty claims. It’s been used by our analysts to do all the reporting and sending [of] daily and monthly reports to clients. It’s even been used by our clients themselves.”

Pete Samson, technical group leader for Eramosa, points out that Canadian Solar has a number of roles to manage, from field technicians and data analysts to senior managers and maintenance workers. “Centralizing all of these services through a single system has definitely streamlined their processes and increased operational efficiency,” he says.

Transitioning to success
Previously, Canadian Solar had separate systems for performance monitoring, maintenance management and reporting. As the company’s portfolio expanded globally, it was clear that the many disparate tools involved would not scale to meet the needs of the O&M team. A new approach was needed.

The new system reliably feeds historical data from each spoke for near-real-time analysis. It uses distributed tags for centralized alarming and alarm management. It uses spokes with templated tagging structures, allowing for integration to the central gateway. The system also has standard charting tools for performance monitoring, while also providing fully customizable Python scripting and database queries for development of the maintenance management system.

Building out the custom application brought a single application generating specific and relevant content for all users. Canadian Solar can now respond more quickly to performance deviations and reduce the amount of lost power-generation opportunities. The company can also turn system alarms into actionable work orders with technician dispatch and resolution tracking. And it’s all on an architecture that’s ready for future adaptation and enhancement.

“Canadian Solar has been really happy that we’ve been able to bring all their data into a central location, and optimize it so they can get the information they want,” says Eramosa’s Clayton Balfour. His colleague Pete Samson says Canadian Solar will also benefit from new projects that move closer to the network edge, using existing infrastructure under the Ignition automation software.
_____

Jim Meyers is the success manager at Inductive Automation.