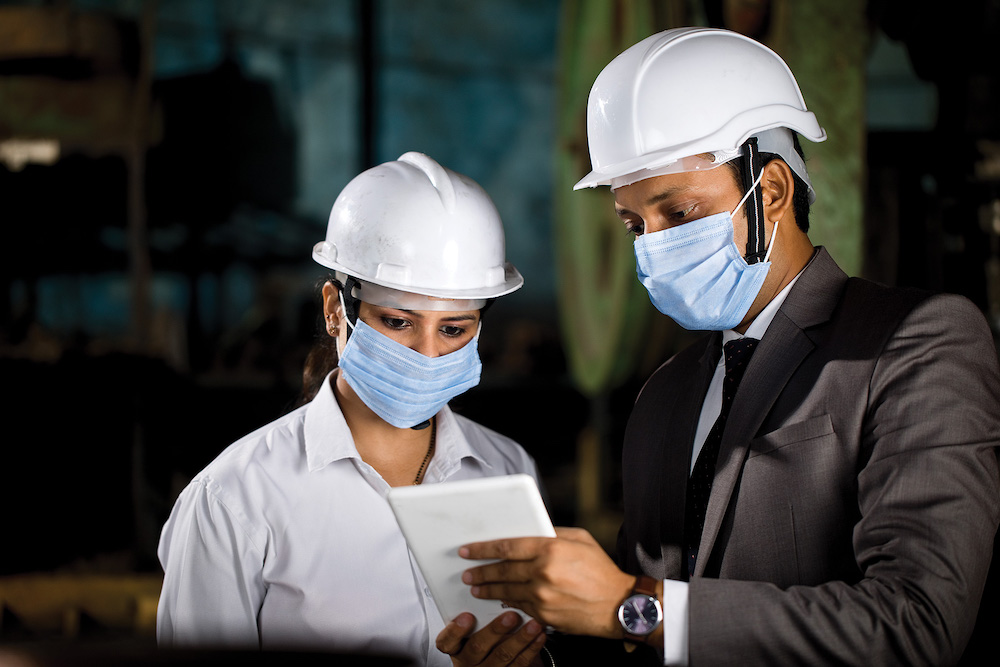 As I write this, we’re deep into the second wave of the coronavirus – cases are rising again across many parts of Canada.

While B.C. and Alberta are stabilizing, Quebec is under an 8 p.m. curfew, Manitoba has seen a sharp spike in numbers over the past month and, here in Ontario, it’s day two of stay-at-home orders from the provincial government, with increased testing for manufacturing workers and a major safety campaign and inspection “blitz” underway.

After nearly a year of upheaval and re-charting the course, it’s like we’re right back in April 2020. You know the saying: the more things change, the more they stay the same.

Except things are very much not the same. We’ve come so far from a year ago, arguably advancing knowledge, technology and human resilience more rapidly in the span of the last 310 days than any other year in recent memory.

In some ways, 2021 is the dawn of the new decade we were all excited about at the beginning of 2020. Vaccines are rolling out nationwide, and, while it sounds like it’ll be another year before things are back to “normal,” it does seem that we may be in the back half of this crisis.

Joe Biden is the new president of the United States and, at the time of this writing, he has tabled a US$1.9-trillion COVID-19 relief plan aimed at stimulating America out of the case-spread spiral. Canada needs this to happen, and quickly – until cases are more under control on both sides of the border, only “essential” access continues, stifling the freedom of movement that makes our countries such robust trading partners.

How that partnership will evolve in the Biden era remains to be seen. He’s already announced that federal government contracts won’t be awarded to companies that do not produce their products in the U.S. American protectionism has the potential to hurt the Canadian market, but it may also be a springboard for innovation, as I wrote in an editorial after Biden’s election.

In November, Dennis Darby, president of Canadian Manufacturers & Exporters, called on lawmakers to evaluate the way we do business north of the border.

“To support manufacturing here in Canada, the government will have to offer a competitive business environment that includes important investment tax measures and find ways to ensure Canadian companies have access to the U.S. market in the same way that U.S. companies access ours,” he said in a statement.

MA is proud to support Canadian manufacturers and the automation companies in their supply chain, which is why I’m pleased to welcome Automate Canada as our new association partner. Automate Canada was founded in 2018 as the industrial automation arm of the Canadian Association of Mold Makers (CAMM). The team has provided valuable resources to their members to help them navigate the pandemic and, along with CAMM, established an action plan for SMEs to increase Canadian-made production.

Automate Canada is working to expand its network nationwide, so I encourage you to visit automatecanada.ca and see what they can offer your business. Making new connections is just one good way to fortify your supply chain for crisis – manufacturing veteran Dan Lionello discusses this in more detail on p. 8 of our February issue.

It would not be the first issue of the year without our annual trends article, which you’ll find on p. 12. Trends are always interesting to look back on – and our pre-COVID roundup in 2020 was filled with promise about the new decade ahead.

While most of those predictions were sidelined by the manufacturing sector’s herculean effort to simultaneously produce PPE and dig out of a historic economic slump, they all came true in one way or another. Manufacturers are embracing automation and digitalization at a pace unlike ever before. In a post-COVID world, it’s the only way to compete.

This article appears in the February 2021 issue of Manufacturing AUTOMATION.

Related
Editorial: What will happen to routine jobs after the pandemic?
Top 5 industrial automation trends in 2019
Machine Language, The Podcast: Will the pandemic increase automation on the factory floor?
Editorial: Adjusting to our new normal
Tags