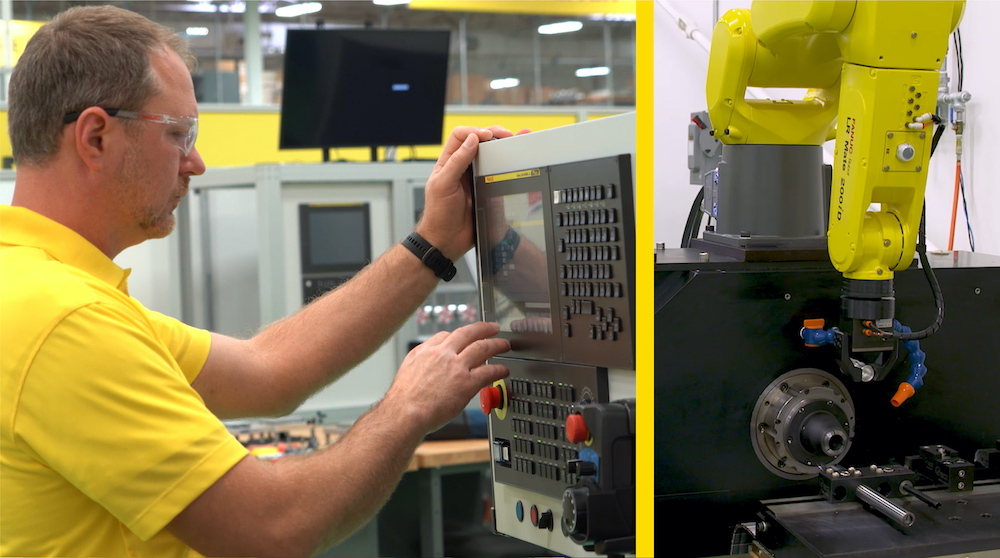 FANUC America’s QSSR package simplifies the connection of a FANUC robot to a FANUC-controlled machine tool through a high-speed Ethernet cable.

Those unfamiliar with robotic programming language will no longer require additional training or specialists because the programming can be performed with G-codes.

A reliance on a separate teach pendant for the robot is also greatly reduced with the capability of robotic programming and operation through the CNC user interface.

The QSSR G-code feature is available on FANUC CNC Series Oi-F, Oi-F Plus, 30i-B and 30i-B Plus.