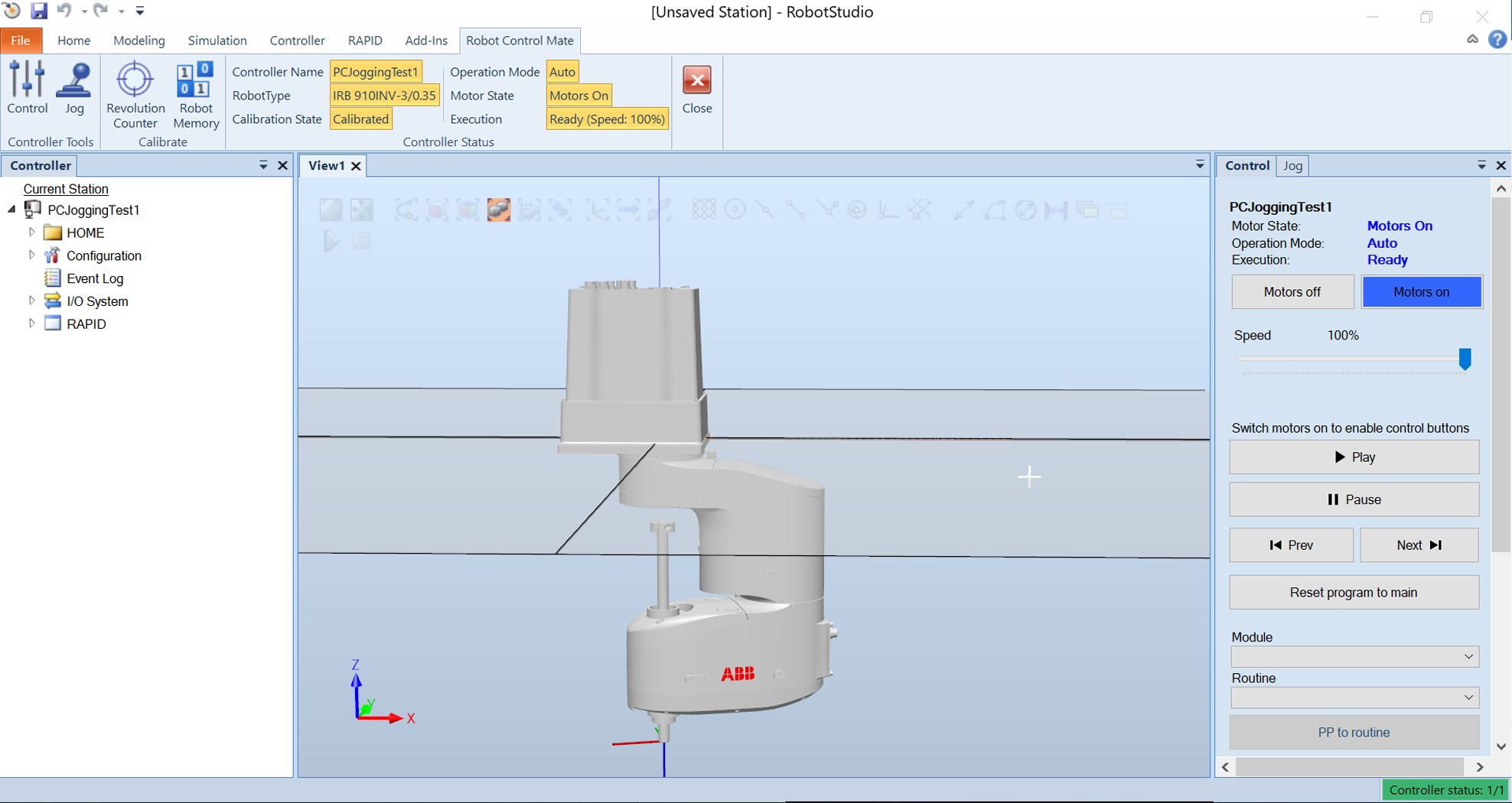 ABB has simplified the use of its SCARA robots by giving users the ability to commission and control the robots from their PC through RobotStudio, the company’s simulation and offline programming software.

Robot Control Mate is an add-on to RobotStudio, enabling users to jog, teach and calibrate robots from their compute.

For the first time, ABB’s offline programming software can be used to control the physical movements of a robot in real-time. Robot Control Mate also makes robot programming possible when a FlexPendant is not in place.

Robot Control Mate will first be available on the IRB 910INV ceiling-mounted robot and will be expanded to other robots in ABB’s portfolio later this year.

RobotStudio is a PC-based solution for programming, configuration and virtual commissioning before installation.

ABB’s software offers a complete digital twin of physical assets or systems on a production line.

The offline programming tool enables users to create, simulate and test a complete robot installation in a virtual 3D environment without disturbing their actual production line.

This means that new production lines can be installed faster and ramped up to full speed without surprises during commissioning – a critical competency for manufacturers given the shift to mass customization and shorter product life cycles.